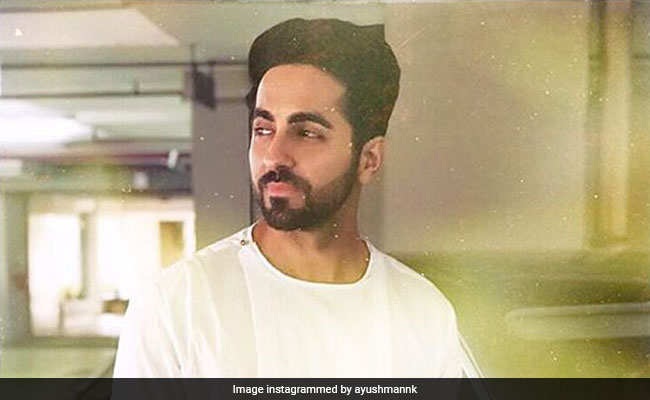 The trailer of Ayushmann Khurrana's upcoming film Badhaai Ho was unveiled on Tuesday and soon after its release, it managed to pique audiences' interest because of its "quirky" subject matter. Ayushmann, who plays pivotal role in the film, said he wanted to be part of Badhaai Ho because of its storyline. The 33-year-old actor also said that "such quirky subjects and story-driven films are his zone." "As I go by my instinct, this was one of the stories that I wanted to be a part of because of the story. I felt the same during Dum Laga Ke Haisha when I took no time to agree to do the film. I think such a quirky subject and story-driven films are my zone," Ayushmann told IANS.

Badhaai Ho is a story of an elderly couple, who are expecting a baby in their late Forties. Ayushmann, who plays the couple's elder son in the film said: "I think I would react like the way my character in the film reacted because it is really awkward and embarrassing to know that at the age of 50 our parents are becoming parents again..."

Badhaai Ho also features Neena Gupta, Sanya Malhotra and Gajraj Rao. Neena Gupta, who is playing Ayushmann's mother in the film, said she didn't even read the script before giving a nod. "I did not even read the script of the film because the subject was so interesting. Female actors of our age don't get a chance to play such interesting characters. This phase of our life is not addressed only in our Hindi cinema," said the 59-year-old actress.