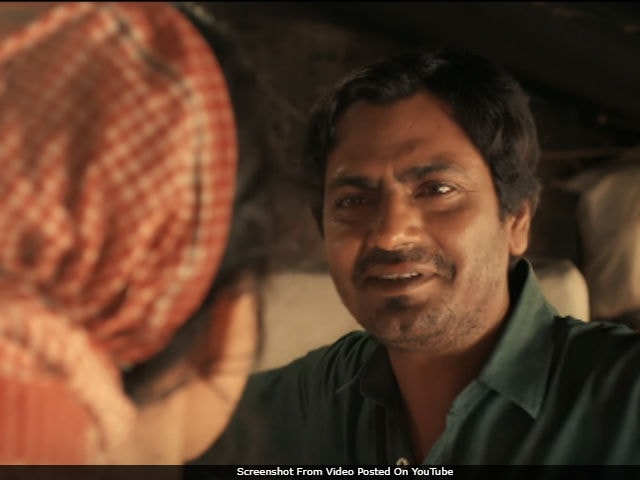 New Delhi: Nawazuddin Siddiqui's Babumoshai Bandookbaaz has been cleared for release with eight 'minor' cuts, director Kushan Nandy wrote on Twitter. "FCAT clears Babumoshai Bandookbaaz with eight minor, voluntary cuts despite Pahlaj Nihalani's last letter to stop it. See you on August 25," Mr Nandy tweeted. The Central Board of Film Certification (CBFC) had earlier certified the film as 'A' but had still ordered 48 cuts to it. After CBFC's order, the makers of Babumoshai Bandookbaaz sent it for a review to the Film Certification Appellate Tribunal (FCAT), which has given a green signal to the film. Nawazuddin plays a sharp shooter in the film and stars opposite actress Bidita Bag.

FCAT clears #BabumoshaiBandookbaaz with 8 minor, voluntary cuts. Despite #PahlajNihalani 's last letter to stop it. See you on 25th August.

Thanks FCAT for clearing #BabumoshaiBandookbaaz with minor voluntary cuts. The film will now release with its original flavour on 25th Aug

News agency IANS earlier reported that team Babumoshai Bandookbaaz didn't take their film to CBFC's revising committee as Pahlaj Nihalani told them that the committee would 'double' the number of cuts. "When our film director Kushan Nandy went to CBFC for the certification, Pahlaj Nihalani said, "You can go to Revising Committee, but we will double the cuts'. So, there's no point of going through that," Babumoshai Bandookbaaz writer Ghalib Asad Bhopali said.


Last month, FCAT had cleared Alankrita Shrivastava's Lipstick Under My Burkha after CBFC refused to pass the film.

Weeks ago, producer Kiran Shroff was ridiculed by the CBFC for having made a film 'like Babumoshai Bandookbaaz. "They said you can explain why such objectionable words and scenes are there in the film. A lady questioned me, 'How could you make a film like this despite being a woman yourself?' A gentleman said, 'How can she be a woman as she is wearing a pant and shirt?' I was stunned," Kiran Shroff told IANS.

Meanwhile, Pahlaj Nihalani was sacked from the post of CBFC chief. He has been replaced by adman-lyricist Prasoon Joshi.