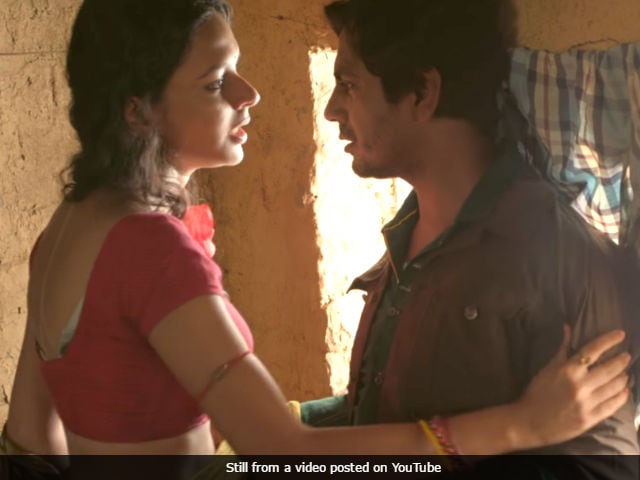 New Delhi: Nawazuddin Siddiqui's upcoming film Babumoshai Bandookbaaz recently featured in headlines after the Central Board of Film Certification (CBFC) ordered 48 cuts on the film along with 'A' certificate. The case went from bad to worse when the female producer of the film revealed the misogynic remarks she received during her meeting with the Board. Instead of taking the film to CBFC's revising committee, the makers of Babumoshai Bandookbaaz took the film for review to the Film Certification Appellate Tribunal (FCAT), which rescued Alankrita Shrivastava's Lipstick Under My Burkha, a few months ago. Babumoshai Bandookbaaz writer Ghalib Asad Bhopali told news agency IANS that's because CBFC chief Pahlaj Nihalani said that the revising committee will 'double' the number of cuts. "When our film director Kushan Nandy went to CBFC for the certification, (CBFC Chairperson) Pahlaj Nihalani said, 'You can go to Revising Committee, but we will double the cuts'. So, there's no point of going through that," IANS quoted him as saying

Ghalib Asad Bhopali is hopeful that FCAT will be able to give them 'justice.' He told IANS: "We are expecting justice for our film and I am sure it will be a fair judgment because the panelists of the Tribunal come from different walks of life. On the other hand, in CBFC, there are five members from the same socio-cultural background and, therefore, their approach towards the understanding of judging a film and sentiments of our audience is not wide. I think FCAT has better representatives than CBFC and, therefore, we hope for a better judgment."

Of her encounter with the Censor Board, Kiran Shroff told IANS that a female member of the board was astonished that she (being a woman) produced a film laced with explicit scenes to which another (male) Board member said: 'How can she be a woman as she is wearing a pant and shirt?' "I was stunned," Kiran Shroff said.

Promoted
Listen to the latest songs, only on JioSaavn.com
Babumoshai Bandookbaaz also stars Bidisha Bag, Divya Dutta and Murli Sharma and it will release on August 25.