In Babumoshai Bandookbaaz, Nawazuddin plays a contract killer named Babu while actress Bidita Bag features as his love interest. The film also has some intimate scenes and foul language 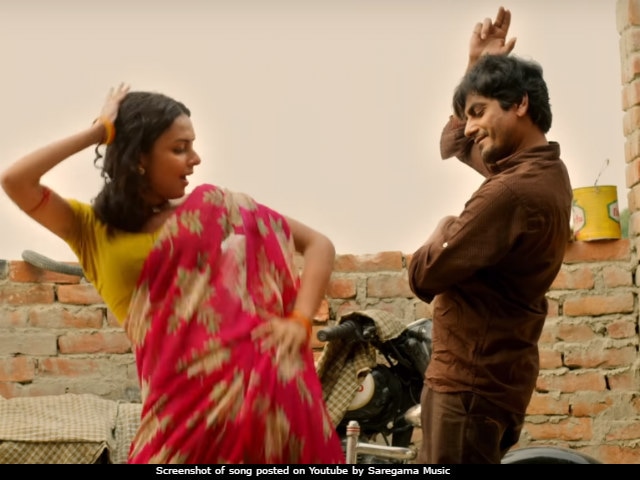 New Delhi: The female producer of Nawazuddin Siddiqui's new film Babumoshai Bandookbaaz has revealed the shockingly misogynistic comments she was subjected to after submitting the film to the Central Board of Film Certification, an outfit that recently refused to pass Lipstick Under My Burkha for being 'lady-oriented.' Kiran Shroff told the press that members of the Censor Board were astonished that she, as a woman, could have produced a film filled with expletives and explicit scenes and, worse, that the Board members ridiculed her outfit as being too masculine. Babumoshai Bandookbaaz stars Nawazuddin Siddiqui as a hired gun and the Censor Board, often criticised for its puritan values and for demanding heavy edit jobs, has ordered 48 cuts to film despite certifying it 'A' or adult.

Team Babumoshai Bandookbaaz addressed the media in Mumbai on Wednesday. "They said you can explain why such objectionable words and scenes are there in the film. A lady questioned me, 'How could you make a film like this despite being a woman yourself?' A gentleman said, 'How can she be a woman as she is wearing a pant and shirt?' I was stunned," Kiran Shroff said, reports news agency IANS.

Ms Shroff also challenged the 48 edits ordered by the Censor Board. "They had a one hour of discussion. We were very restless. We did expect a barrage of objections which would be raised. We were fine with 'A' certification, but asked about 48 cuts. We asked, 'Why so many cuts when we are getting 'A' (certificate) anyway?' They said because kids also watch an A film. The reasoning made no sense. It's a silly argument," Kiran Shroff said, reports IANS.

In Babumoshai Bandookbaaz, Nawazuddin plays a contract killer named Babu while actress Bidita Bag features as his love interest. The film also has some intimate scenes and foul language. Watch the trailer here.

The makers of Nawazuddin Siddiqui's film are determined to appeal against the Censor Board's decision. "We figured that we can go straight to the Tribunal (Film Certification Appellate Tribunal). We are hopeful and positive they will see the film the way we have made it," Kiran Shroff said, reports IANS.

The films that have felt the sharp edge of the Pahlaj Nihalani-headed Censor Board's scissors are too numerous to list. Most recently, Madhur Bhandarkar sent his Emergency-themed film Indu Sarkar to the Revising Committee after the Censor asked him to delete references to RSS, Akali Dal and even singer Kishore Kumar. Indu Sarkar was allowed to release with minor edits.