Babumoshai Bandookbaaz Trailer: Nawazuddin Siddiqui Is As Deadly As The Name Suggests 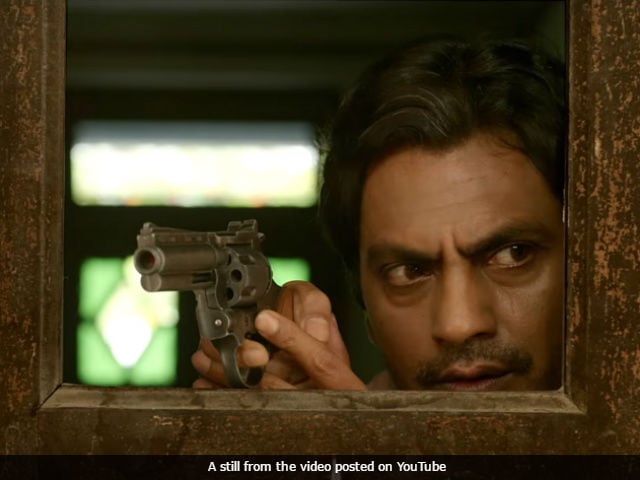 Babumoshai Bandookbaaz: A still from the trailer. (Image courtesy: YouTube)

New Delhi: Nawazuddin Siddiqui features as the titular gunman in Babumoshai Bandookbaaz, the trailer of which was unveiled today. The 43-year-old actor keeps you hooked to the screen throughout the three-minute-long trailer with his spectacular performance. As can be seen in the trailer, Nawazuddin's character is a contract killer named Babu, who is popularly known as 'babumoshai' and doesn't think twice before going for the trigger. However, the babumoshai is much envied by his partner in crime Banke, who strives to better him and surpass his reputation. Babumoshai is fully aware of Banke's intentions and invites him to strike a deal. Just when babumoshai appears to get the better part of the bargain, the story takes an unexpected turn - Banke has an unpleasant surprise up his sleeve.

The climactic scenes arrive in the second half of the trailer with flashes of intriguing and brief snippets from the film. The trailer of Babumoshai Bandookbaaz also features actress Bidita Bag as Babu's love interest, Murli Sharma as a target on Babu and Banke's hitlist and Divya Dutta as a cop, all of who deliver their fair share of brilliance on screen.

(Disclaimer: Viewer discretion advised. Video contains language that is not suitable for children.)
Earlier on Monday, Nawazuddin had announced the arrival of the trailer with this poster:

Promoted
Listen to the latest songs, only on JioSaavn.com
Meanwhile, Babumoshai Bandookbaaz is that extra bit special for Nawazuddin Siddiqui because he also raps for a song titled Humre Baap Ka Bitwa Bandookbaaz in the film.