Nawazuddin Siddiqui has played antagonist in films such as Kick, Badlapur, Petta and Rama Raghav 2.0 to name a few. 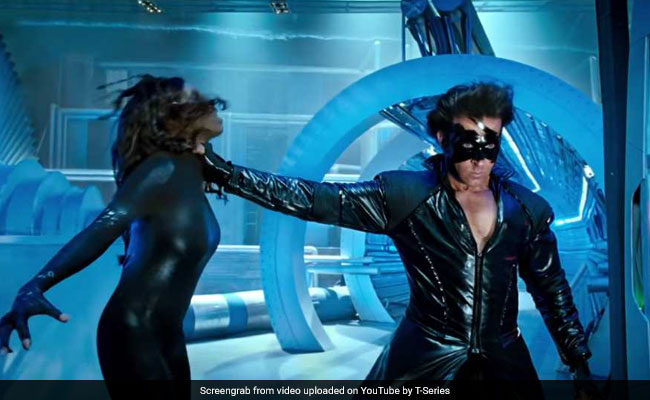 Hrithik Roshan in a still from Krrish 3. (Image courtesy: Instagram)

Nawazuddin Siddiqui dismissed reports of his casting in Hrithik Roshan-led superhero film Krrish 4, which is currently being scripted. At a media event, when Nawazuddin Siddiqui was asked if he's given a nod to the project, the Raman Raghav 2.0 actor said: "This is the first time I am hearing about it from you (media) and there is no truth in it," reports news agency IANS. Nawazuddin Siddiqui has proved his mettle as an actor in a career spanning over 10 year and he has played antagonist in films such as Kick (opposite Salman Khan), Badlapur, co-starring Varun Dhawan and in Rajinikanth's Petta to name a few.

He was last seen as a villain in web-series Sacred Games, the second season of which is currently being filmed. Speaking about the myriad of roles he has played and the opportunities he received as an actor, Nawazuddin Siddiqui said: "I think the good thing about this industry is that if you have talent then someday people recognise it and no one can stop that person from getting work. It may take little time to make your mark in the industry but if you have the talent then no one can stop you."

Back to Krrish 4 - the film directed by Rakesh Roshan is third in the series. The antagonist of Krrish (2006) was Naseeruddin Shah while in Krrish 3 (2013), Hrithik fought Vivek Oberoi onscreen. The Krrish series is a continuation of 2003 film Koi... Mil Gaya, which was also directed by Rakesh Roshan. Krrish 4 was announced on Hrithik's birthday last year and its tentative release date is Christmas 2020.