Nawazuddin Siddiqui Worked As A Watchman Once, 'The Struggle Wasn't Beautiful' 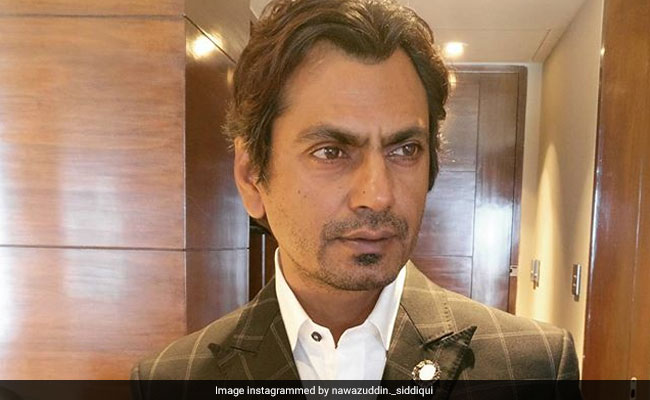 Nawazuddin Siddiqui shared experiences from the becoming-an-actor chapter of his life in a post for Humans Of Bombay and it's a must read. The 44-year-old actor said that the idea of taking up acting struck him when he watched a play for the first time in Vadodara, where he worked as a chemist in his post college days: "Our family would watch Ram Leela plays together. That was my first encounter with acting. One of my friends played Ram and seeing him on stage left me star-struck! I'd imagine playing the role of Ram myself! After college, I worked as a chemist in Vadodara. There, I watched a play for the first time. That night, the thought of being an actor became a dream."

Nawazuddin said that his admission in the National School of Drama brought him to Mumbai and that it took him almost a month to get accustomed to the city of dreams. "So, I studied at the National School of Drama and then went where everybody with a dream of acting goes - Bombay... My first impression of Bombay was how fast everything was. It took me a month to get used to the pace of life - I thought I would never be able to match up to its speed."

Nawazuddin, who at the beginning of the story said that he hails from a family of farmers and that he was the guiding figure for his 8 siblings, wrote that he had to borrow money from friends on a regular basis to continue his stint in Mumbai. "Financially, I wasn't well off. I would borrow money from my friends, saying I'd return them in 2 days. Two days later I would borrow money from someone else and pay the first person back. I lived in a flat with four other people - it was about survival... But my family always had my back. They constantly told me to not give up!"

The actor revealed that his wasn't exactly a journey but a struggle to make a place in Bollywood: "I worked odd jobs - sometimes as a watchman, sometimes selling coriander. I even held acting workshops! I must have gone for a 100 auditions and took up every single role that came my way, no matter how small it was. It took 12 years before I got a 'breakthrough'. It wasn't easy - the struggle was not beautiful, it was just that; a struggle."

Nawazuddin Siddiqui, who had a minor role in his first Bollywood film Sarfarosh, ended his post by summing up his success and how his struggle finally paid off in these words: "But I did it. I went from playing an insignificant role in Munnabhai MBBS to winning a Filmfare award for my role in Lunchbox. I went from being unrecognised in Sarfarosh to being known as Ganesh Gaitonde across the nation. I went from being a watchman to becoming the 'watch me' man - and I'm nowhere near being done, so keep watching - I'm here to stay!"

Nawazuddin Siddiqui is best known for his roles in films such as the Gangs of Wasseypur series, Badlapur, The Lunchbox, Raman Raghav 2.0, Manto and Thackeray. His new film Photograph, co-starring Sanya Malhotra, is in theatres on March 15.