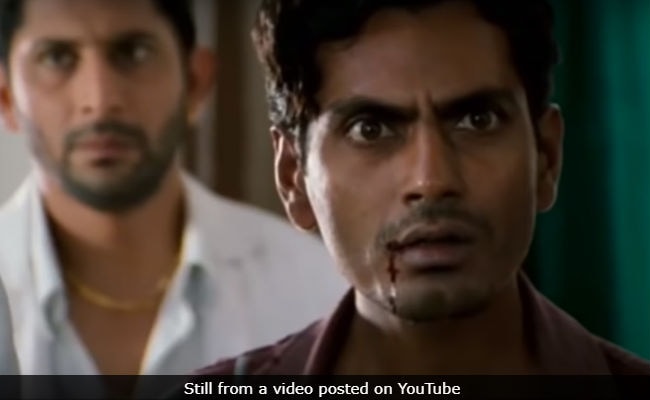 Actor Nawazuddin Siddiqui struggled to make a name for himself in Bollywood before his breakthrough film gangs Of Wasseypur hit the screens. In his initial days, Nawazuddin features in blink-and-miss roles and one such was in Rajkumar Hirani's Munna Bhai MBBS. Speaking at an event in Mumbai, director Rajkumar Hirani said that when he filmed a small scene with Nawazuddin in the 2003 film, he never thought the actor would become as successful as he is today, reports news agency IANS. "He acted really well and I told him that 'Nawaz, you are a very good actor'. But in my head, I never thought that Nawazuddin Siddiqui would become such a huge actor that he is today," Rajkumar Hirani was quoted as saying.

He was speaking at an interactive session titled 'Indian Film and Television Directors' Association (IFTDA) in Mumbai.

Apart from Munna Bhai MBBS, Nawazuddin Siddiqui featured in small role in films like Sarfarosh starring Aamir Khan (with whom he later worked in Talaash), Manorama Six Feet Under and Black Friday to name a few.

Nawazuddin Siddiqui, a National School Of Drama alumnus, came into the limelight after he won a National Award for his role in Dekh Indian Circus (2011). In 2012, films like Kahaani and the Gangs Of Wassepur series made Nawazuddin a name to reckon with.

In the last few years, Nawazuddin Siddiqui has featured in commercial films like Kick and Bajrangi Bhaijaan, both starring Salman Khan, and critically acclaimed films like MOM, Manjhi: The Mountain Man and Badlapur among others.

He is currently basking in the success of Sacred Games, a web-series co-directed by Anurag Kashyap and Vikramaditya Motwane.

Nawazuddin Siddiqui is awaiting the release of Manto, in which he plays the role of controversial Pakistani writer Saadat Hussain Manto.