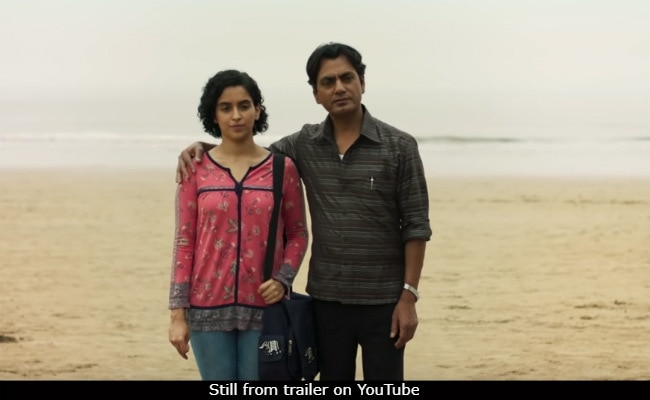 The trailer of Ritesh Batra-directed Photograph has been trending as it became a favourite of celebs and moviebuffs alike soon after its release. The trailer of Photograph begins on a promising note and is also being talked about because of the unusual pairing of Nawazuddin Siddiqui and Sanya Malhotra. Ayushmann Khurrana, who co-starred with the 26-year-actress in Badhaai Ho, described the trailer in just a word and wrote: "Beautiful". Gajraj Rao, who too was part of the film, wrote: "What a lovely trailer!" Photograph was screened at the 69th Berlin International Film Festival in February.

What a lovely trailer... Waiting for this #photograph@riteshbatra.@Nawazuddin_S@sanyamalhotra07https://t.co/dumJ7UpyiQ

Meanwhile, Twitter is also going gaga over Photograph's storyline and how Sanya Malhotra and Nawazuddin Siddiqui have brought out just the right shade of emotions. "This pairing might be unconventional but it looks really good," wrote a user while another added: "Looking forward to this movie! Beautiful trailer." There are tweets for the award-winning filmmaker as well. "First Lunchbox and now Photograph. Ritesh Batra is a gem," read a tweet.

This pairing might be unconventional but it looks really good #NawazuddinSiddiqui#SanyaMalhotra#PhotographTrailerpic.twitter.com/jMkrK8Mrie

Wow #PhotographTrailer@sanyamalhotra07 is the best - her voice, her face everything is just perfect.

The trailer gave the vibes of a simple and beautiful story with a touch of realism.@Nawazuddin_S was brilliant as usual @sanyamalhotra07 was impressive as well#PhotographTrailer

The trailer of Photograph will have you glued to the screen through the length of it. It depicts how a camera-person from Mumbai falls in love with an aspiring student (Sanya Malhotra), who rediscovers herself through the photos clicked by her partner (Nawazuddin Siddiqui).