Sanya Malhotra On Life After Starring In Aamir Khan's Dangal

'I can go outside and be comfortable,' said Sanya Malhotra 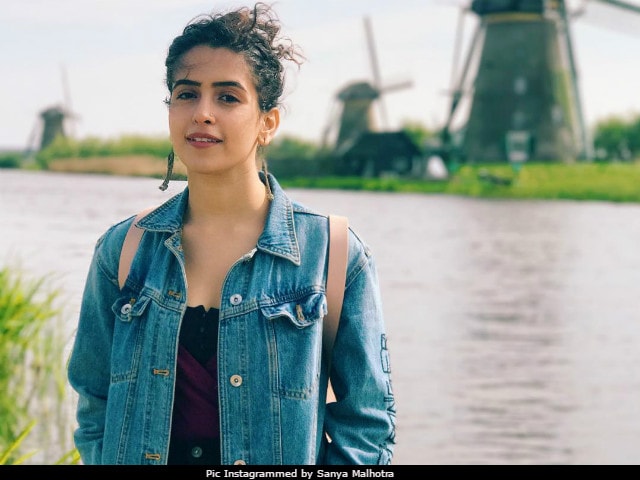 Sanya Malhotra made her Bollywood debut with Dangal (courtesy sanyamalhotra)

New Delhi: Actress Sanya Malhotra, who made her Bollywood debut with Aamir Khan's 2016 blockbuster Dangal, opened up about life after her maiden Bollywood film in an interview with news agency IANS. Sanya and Fatima Sana Shaikh starred as sisters in the Nitesh Tiwari-directed wrestling drama. Following Dangal, Fatima has another Aamir Khan project in the pipeline but Sanya, who's not announced a new film yet, told IANS that she is not perturbed by her sudden popularity. When asked if being a celebrity made her consider making wardrobe changes IRL, Sanya said: "Actually not. I am still the same. I can go outside and be comfortable. I don't say that I don't care, but its fine if I am going out in shorts. I am not that fashion conscious," reported IANS.

The actress was speaking on the side-lines of Lakme Fashion Week (Winter/Festive collection), where she show-stopped for apparel label The Meraki Project.

When asked about her upcoming roster, Sanya did reveal that "there are a few projects" in consideration but the details better remain under wraps for now. "I don't want to talk about it right now," said Sanya.

Promoted
Listen to the latest songs, only on JioSaavn.com
Sanya Malhotra featured as the younger one of the two Phogat sisters in Dangal, which is based on the life of Haryanvi wrestler Mahavir Singh Phogat. Directed by Nitesh Tiwari, Dangal released on Christmas last year and is the highest earning Bollywood movie.