Krrish 4 May Star Hrithik Roshan X 2, As Both Hero And Villain

"Hrithik has wanted to explore the yin and yang, the positive and the negative side of the personality simultaneously. This is his chance to do so," said a source 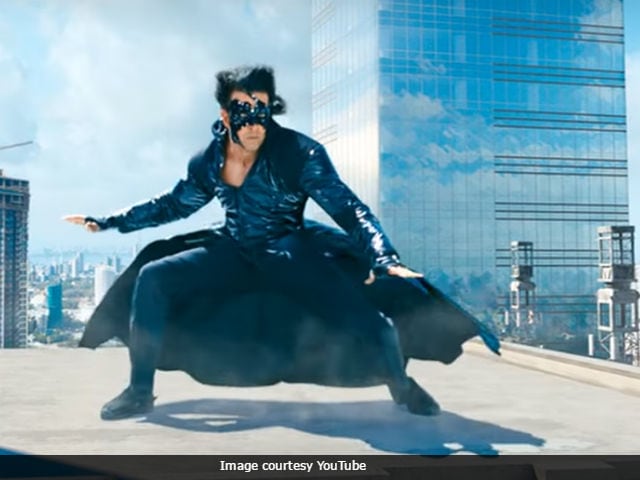 New Delhi: Actor Hrithik Roshan is all set to return as a superhero in the fourth installment of his home production Krrish. However, this time the 43-year-old actor will reportedly play both the hero and villain in the film. A source close to the upcoming project told mid-day, "Hrithik has wanted to explore the yin and yang, the positive and the negative side of the personality simultaneously. This is his chance to do so." Filmmaker Rakesh Roshan is yet to confirm or deny the speculation. Talking to mid-day about Krrish 4, the director revealed that 'it is not easy to write another Krrish film.'

"It is taking time. But we are on it," Rakesh Roshan told mid-day.

Hrithik Roshan has earlier played dual roles in his debut film Kaho Naa... Pyaar Hai and Krrish series, in which he essayed the role of father and son.

Krrish 4 is slated to go on floors later this year. The film is scheduled for release in December 2018.

Hrithik Roshan was last seen in Kaabil co-starring Yami Gautam. He will soon begin the shoot of his next venture Super 30, which is a biopic of Patna-based mathematician Anand Kumar, who is the founder of the Super 30 programme that trains IIT aspirants.

Super 30 will be helmed by Vikas Bahl.

In a statement to news agency PTI, mathematician Anand Kumar talked about Hrithik portraying him onscreen.

"I am very happy because he (Hrithik) is the best choice for the role. I've seen his work and the kind of versatility and range that he exhibits as an actor is very strong," he said, reported PTI.

Promoted
Listen to the latest songs, only on JioSaavn.com
"I am a rooted guy so I feel some level of emotional quotient is required to live my life on screen. I have seen that in Hrithik - on and off-screen. I have full faith in his capabilities," he added.