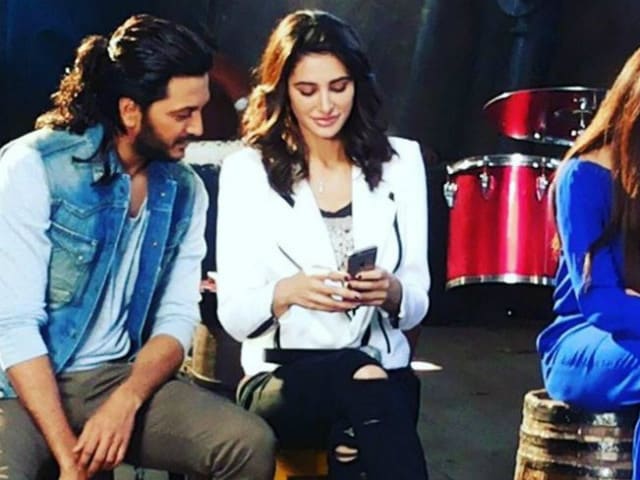 New Delhi: Actress Nargis Fakhri features as an American DJ in the first look of musical drama Banjo, which was shared by the makers of the movie on Twitter on March 15. Dressed in denim shorts and a white crop top, Nargis' accessories include a stack of bangles and a watch on her wrist, black nail paint and the indispensable headphones.

Here's the first look of @NargisFakhri who plays a DJ from the US in the musical drama movie #Banjo! #ErosNowpic.twitter.com/M1Gqlf29Ar

Nargis, who also posted the picture on Twitter, offered more information about her character: "My first look from #Banjo where I play a DJ from New York City who is in Mumbai! #dj #film #firstlook"

Riteish previously shared pictures from the sets of Banjo.

Why so serious nargis ? #banjo@Riteishdpic.twitter.com/4np65yCcF2

Marathi filmmaker Ravi Jadhav is making his debut as a director in Bollywood with Banjo, which will be produced by Krishika Lulla's Eros International. Banjo is expected to release later this year. (Also Read: SNargis Fakhri's Pakistani Ad Sparks Outrage Online)