Namrata Shirodkar Remembers Krishna: "Proud To Have Called Him My Father-In-Law"

Along with the video, Namrata Shirodkar wrote, "An evergreen star, a man of many firsts, a true trendsetter" 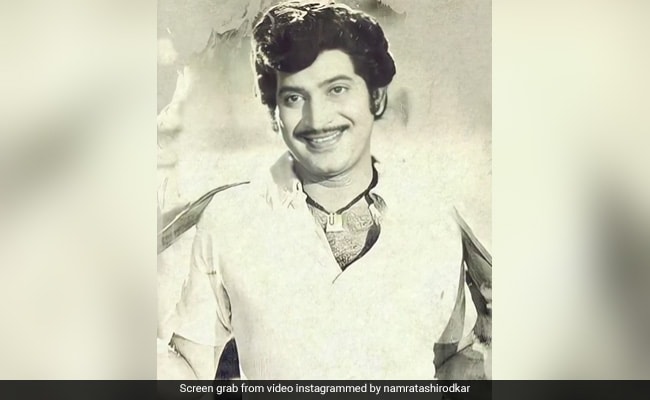 Namrata Shirodkar has paid a heartwarming video tribute to her late father-in-law Krishna, who died earlier this month. The legendary actor was 79. The clip talks about Krishna's contribution to Indian cinema. He introduced “Telugu Cinema's first Eastman colour film in 1965 with Eenadu”. He was part of the “first 70 MM stereophonic sound film Simhasanam,” released in 1986. Superstar Krishna introduced the “first DTS film Telugu Veera Levara” in 1995. The video comprises posters and clippings of Krishna's films. Along with the video, Namrata Shirodkar wrote, “An evergreen star, a man of many firsts, a true trendsetter... His insatiable love for cinema made him the Superstar that he was and will always be. Proud to have known him, to have called him my father-in-law, and to have learnt many of life's valuable lessons that I will forever carry with me. To celebrating him and his unparalleled legacy every day... Love you Mamayya garu .” Replying to the post, Mehr Jesia dropped a folded hand emoji.

Fans too extended their tribute in the comments section. A user wrote, “Superstar Krishna Garu...The Name is Enough…” Another said, “We miss you, legend.”

A few days back, Mahesh Babu shared a moving note for his “superstar”. He picked a major throwback picture of his father and wrote, “Your life was celebrated… your passing is being celebrated even more... Such is your greatness. You lived your life fearlessly… daring and dashing was your nature. My inspiration… my courage… and all that I looked up to and all that really mattered are gone just like that. But strangely, I feel this strength in me which I never really felt before... Now I'm fearless... Your light will shine in me forever... I will carry your legacy forward… I will make you even more proud… Love you Nanna.. My Superstar.”

Krishna, during his extensive film career, worked in more than 350 movies.