Mahesh Babu's Tribute To Late Father Krishna: "Your Light Will Shine In Me Forever"

"I will make you even more proud," wrote Mahesh Babu 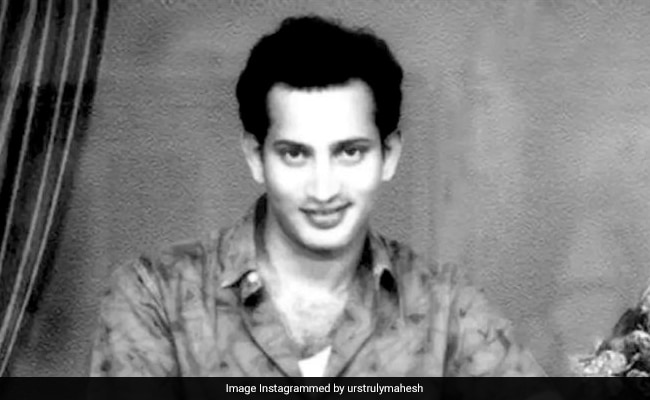 A throwback of Krishna. (courtesy: urstrulymahesh)

A few days after the death of veteran actor Krishna, his superstar son Mahesh Babu shared an emotional post on Instagram, on Thursday. Krishna died at the age of 79 in Hyderabad earlier this month. Posting a throwback picture of his father, Mahesh Babu wrote: "Your life was celebrated...Your passing is being celebrated even more... Such is your greatness. You lived your life fearlessly... daring and dashing was your nature. My inspiration... My courage... and all that I looked up to and all that really mattered are gone just like that. But strangely, I feel this strength in me which I never really felt before... Now I'm fearless... Your light will shine in me forever... I will carry your legacy forward... I will make you even more proud... Love you Nanna.. My Superstar."

Krishna's granddaughter and Mahesh Babu's daughter Sitara remembered the late actor with these words: "Weekday lunch will never be the same again..... You taught me so many valuable things... always made me smile. Now all that's left is my memory of you. You're my hero... I hope I can make you proud someday. I'll miss you so much Thatha garu."

Krishna starred in over 350 movies during his extensive film career. He stepped into Telugu cinema with Adurthi Subba Rao's romantic drama Thene Manasulu in 1965. Other than being an actor, Krishna was also a film producer and director. In 2009, he received the Padma Bhushan.

Ved Teaser: Riteish Deshmukh's Directing Debut Is Anything But A Simple Love Story