"More Power To You, Brother": Vicky Kaushal To Dhanush After Attending The Gray Man Premiere

"Last night was Gray-et with people whom I truly admire," Vicky wrote 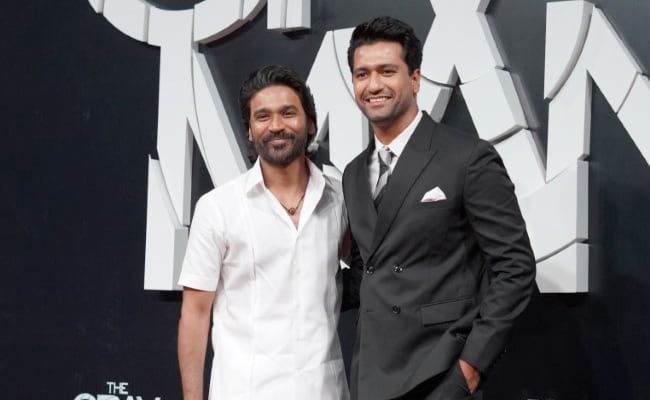 Dhanush with Vicky Kaushal at The Gray Man premiere.

Vicky Kaushal shared pictures with Dhanush and the Russo brothers from The Gray Man premiere, which took place on Wednesday. Dhanush, making his Hollywood debut with the film, attended the event which saw many Bollywood celebrities walk the red carpet. Vicky, who arrived at the premiere in Mumbai, shared posts on Instagram and wrote, "Last night was Gray-et with people whom I truly admire." On his Instagram story, he shared a happy picture with Dhanush and wished him: "More power to you brother." He also shared a picture with the director duo - Joe and Anthony Russo - with the caption: "Welcome to India!" For the premiere night, Vicky wore a black suit while Dhanush arrived in a traditional South Indian outfit. 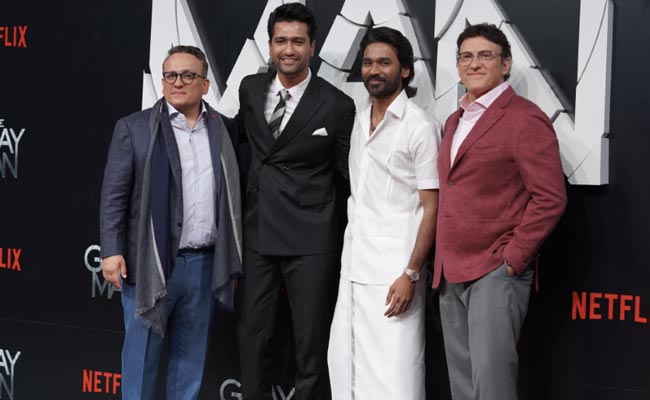 A video of Vicky hugging Dhanush at the event had gone viral earlier. They were spotted in conversation and later posed with the Russo brothers for the cameras. Take a look at it below: