The Gray Man will begin streaming on Netflix from July 22 Dhanush posed with Russo Brothers at the The Gray Man premiere.

Dhanush is gearing up for his big Hollywood debut with Russo Brothers' The Gray Man, starring Ryan Gosling and Chris Evans in the lead. Ahead of the film's release, the makers hosted a special premiere in Mumbai that was attended by Dhanush, the Russo Brothers - Joe and Anthony Russo, Vicky Kaushal, Aanand L. Rai and Vishal Bhardwaj, among others. Dhanush, who will be playing the role of the assassin in the movie, looked handsome in the traditional outfit - a white half-sleeved shirt paired with a white mundu and black sandals. Check out the pictures from the premiere below: 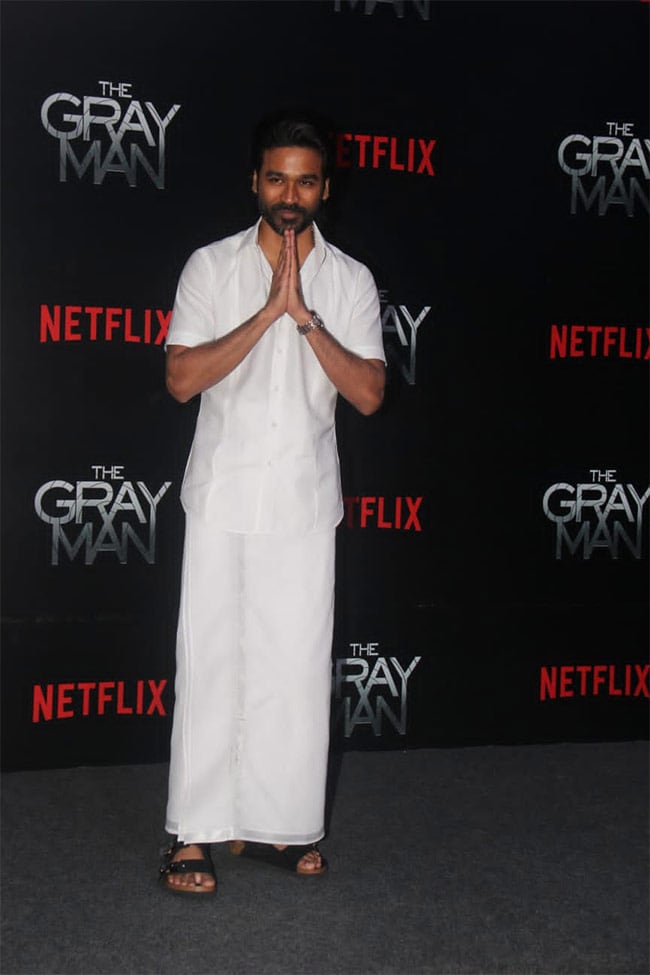 Dhanush was pictured greeting the with namaste. 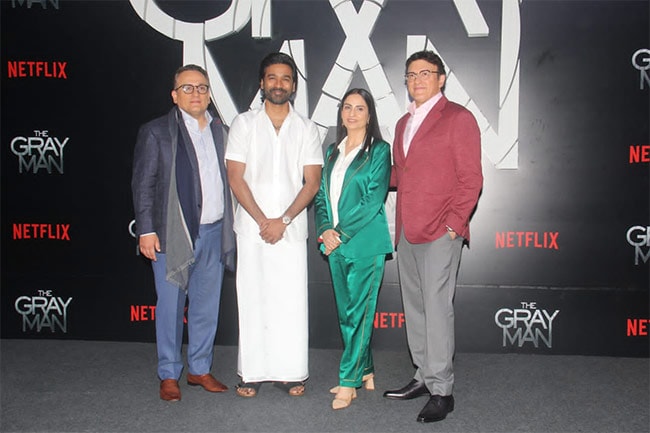 Dhanush posed with Russo Brothers at the premiere. 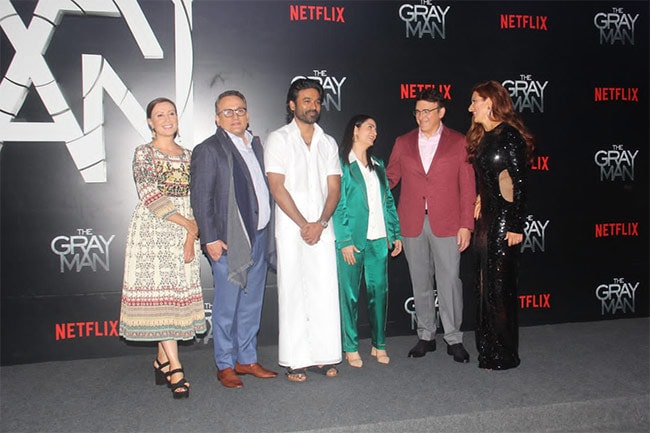 Dhanush with The Gray Man team. 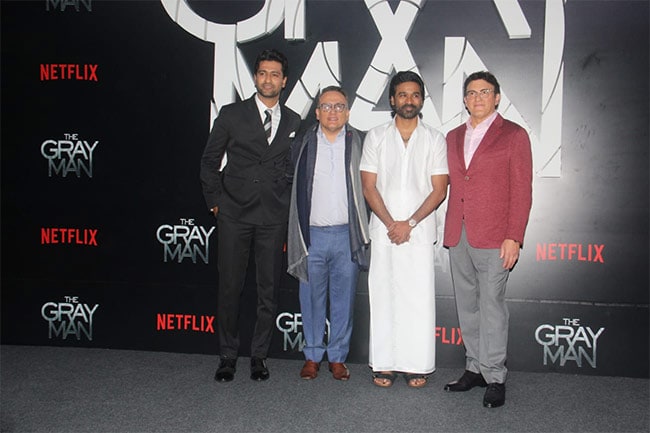 Dhanush, Russo Brothers and Vicky Kaushal were pictured together. 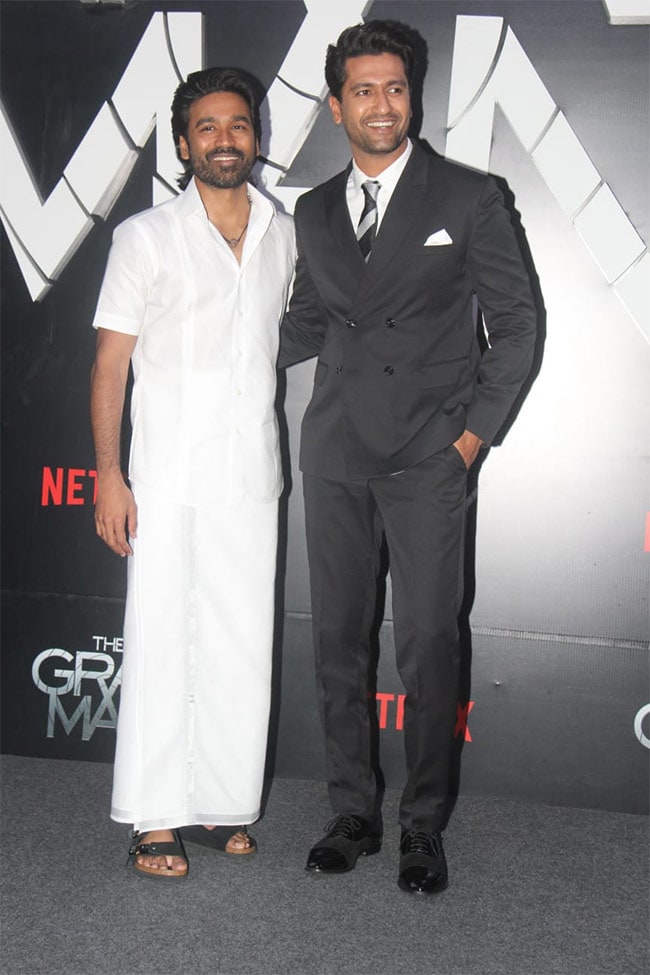 Dhanush and Vicky Kaushal were pictured at the event. 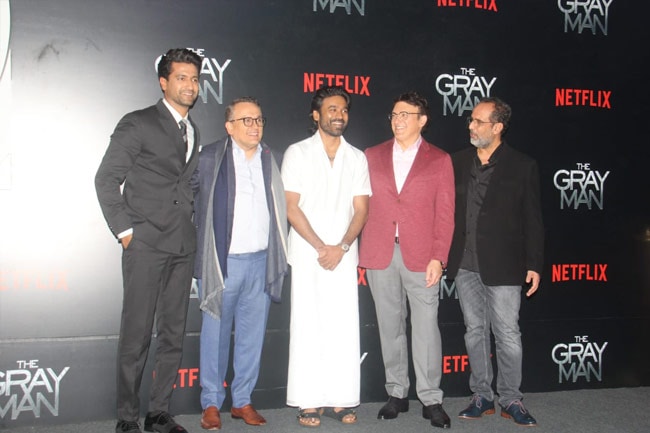 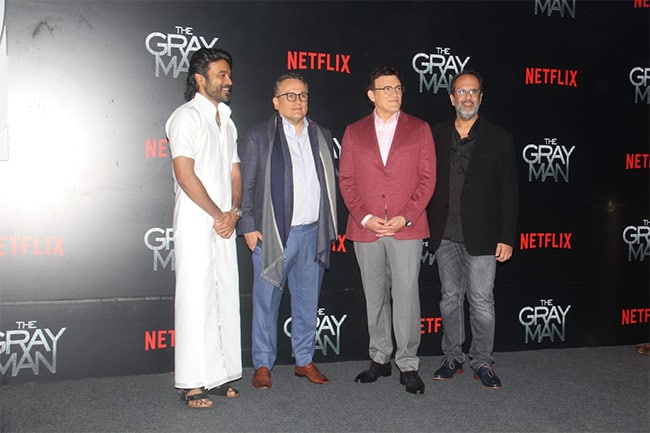 Dhanush, Russo Brothers and filmmaker Aanand L. Rai were pictured at the event together. 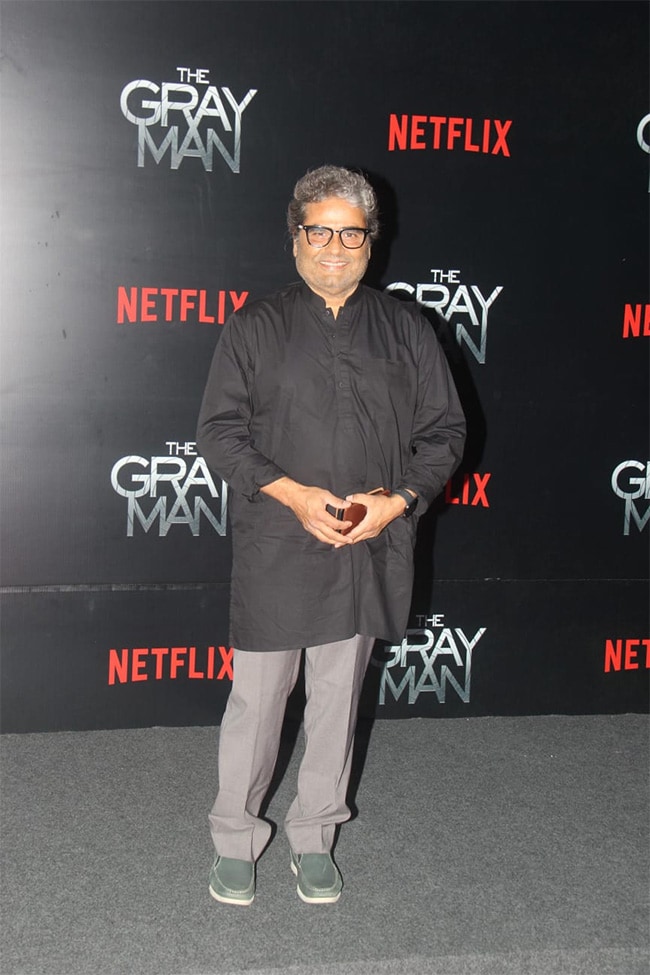 Vishal Bhardwaj was pictured at the premiere.

Earlier this month, Dhanush attended The Gray Man's premiere in Los Angeles with sons Linga and Yathra. The actor posted the pictures from the premiere on his Instagram handle and wrote, "When you realise they have completely stolen the show from you. At The Gray Man premiere with Yathra and Linga."

Meanwhile, Ryan Gosling, in an interview with NDTV's Rohit Khilnani, called Dhanush "incredible". He said, "Dhanush is incredible. I mean, he's just, I just loved working with him. I didn't get to know him, there wasn't enough time. I can't wait to make another film with him. He's just so disciplined. He never made a mistake. Every bit of the choreography was so like, precise. He also has an incredible sense of humor, and it's just wonderful to be around. You know, I really enjoyed working with him, and I'd love to do more."

The Gray Man will release on Netflix on July 22.