Lisa Haydon is a mother to sons named Zack and Leo 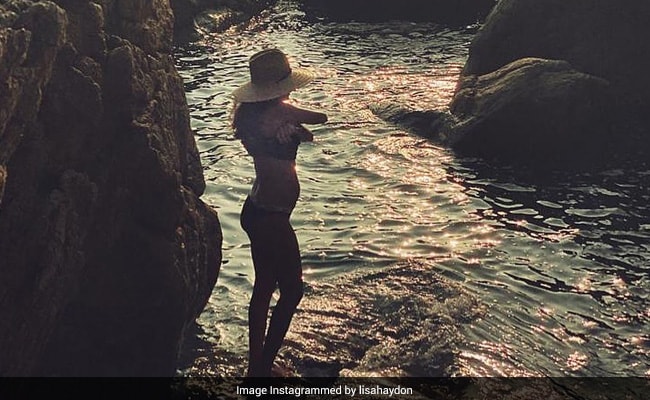 Lisa Haydon, who is expecting her third child with Dino Lalvani, shared a picture perfect moment from her maternity diaries on Instagram on Thursday morning. The picture happens to be a shot of Lisa Haydon's silhouette as she stands and enjoys the beach view. In her caption, the actress revealed that the photograph was taken at the Lantau Island, Hong Kong. Lisa can be seen dressed in swimwear and we also got a glimpse of her baby bump. She also revealed that the aforementioned picture was taken in January this year. Take a look at Lisa Haydon's post here:

A few days ago, the actress  made the baby announcement in an Instagram video and she wrote: "So, I have been meaning to get up on her and chat with you all, to catch you up on some stuff that's been happening lately." She added, "Zacky, can you tell everyone what's inside of mommy's tummy?... "A baby sister," said Zack. She accompanied the post with a caption that read: "#3 Coming this June."

Model-turned actress Lisa Haydon, who stepped into Bollywood with the 2010 film Aisha ( which starred Sonam Kapoor in the titular role), married entrepreneur Dino Lalvani in 2016 and the couple welcomed their first child Zack in the year 2017. Lisa and Dino welcomed their second child Leo in February last year.