Alia Bhatt announced her pregnancy in June this year 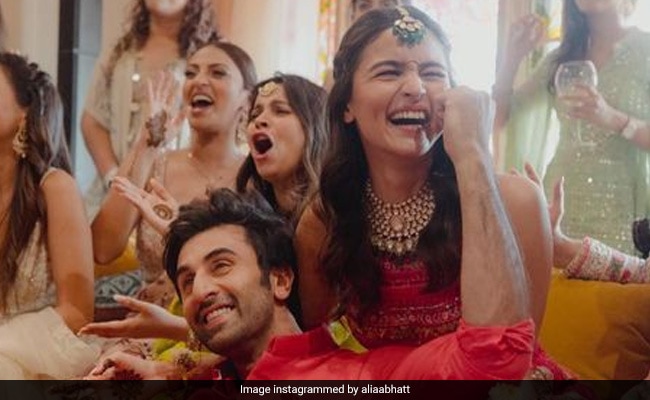 Alia Bhatt, who awaits the release of Darlings and has also backed the project with Dear Zindagi co-star Shah Rukh Khan, is busy with the film's promotions and an in interview with Siddharth Kannan, the actress was asked about Ranbir Kapoor's recent "twins" comment during a media interaction (more on that later). To this, the actress replied, "Oh god, f***, pardon my French. Ranbir was doing some joke, and apne hi paer pe unhone kulhari maar diClearly humare paas dearth of info aur news hai toh yeh bhi ek news item ban gaya hai. (Clearly we don't have enough things making headlines in the country that this did). I think right now, the world should pray for health, happiness and goodness for me and Ranbir... Mujhe bhi baad me pata chala (even I learnt about this later)."

Here's what happened, for those who require a little background. Ranbir Kapoor, during a recent media interaction, was asked if he and Alia Bhatt are actually going to have twins, to which responded by saying, "Don't create controversy. They asked me to state three things: Two truths and a lie. Now I can't reveal what are the truths, and what are the lies," reported Pinkvilla. It all started during a game of two truths and a lie with a Film Companion journalist, when the actor was asked to make three statements out of which 2 statements was true and 1 was a lie and he did not have to reveal what statements are true and what is a lie. The actor had said, "I am having twins, I am going to be part of a very big mythological film, I am taking a long break from work."

Alia Bhatt announced her pregnancy in an Instagram post last month. She married Brahmastra co-star Ranbir Kapoor in April this year. She will soon make her Hollywood debut with Heart Of Stone, co-starring Gal Gadot. Other than that, the actress has multiple films in the line-up.