Mom-To-Be Alia Bhatt Is "Spending Diwali In Bed" This Year. Here's What She Posted

"Love and light to all," wrote Alia Bhatt 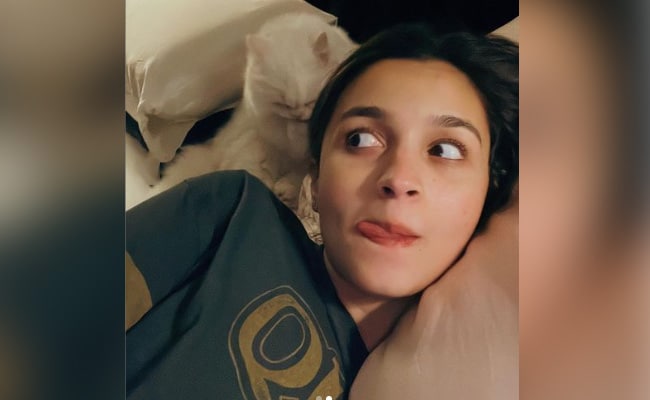 Alia Bhatt, who is expecting her first child with husband Ranbir Kapoor, shared a Diwali greeting on Monday evening. The actress shared two pictures - a throwback from last year and the second picture is a current one, in which she can be seen posing with her cat Edward. The actress revealed that she posted a throwback because she is "spending Diwali in bed" this year. The caption on Alia Bhatt's post read: "Happy Diwali from throwback me as current me is spending Diwali in bed. Love and light to all." Alia Bhatt announced her pregnancy in an Instagram post in June this year. She married Brahmastra co-star Ranbir Kapoor in April this year at their house Vastu, in front of a few family members and close friends. The star couple had been dating for over 5 years before getting married. Their story began on the sets of Ayan Mukerji's Brahmastra, their first film together.

Last year, Alia Bhatt celebrated Diwali with Ranbir Kapoor, pictures from which she shared on her Instagram profile, accompanied with the caption: "And some love... Happy Diwali."

Meanwhile, Ranbir Kapoor was last seen in the smash hit Brahmastra. He will next be seen in Sandeep Reddy Vanga's Animal.