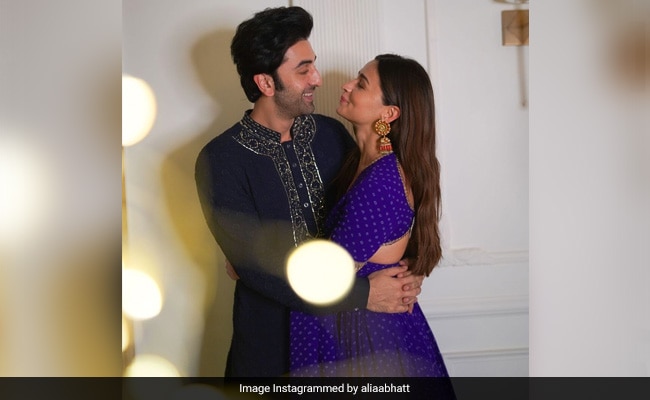 Alia Bhatt and Ranbir Kapoor made Diwali quite special for their fans this year. The couple celebrated the festival of lights with their friend and filmmaker Ayan Mukerji on Thursday, glimpses of which the actress shared on social media by posting a loved up picture of herself and her boyfriend. Alia and Ranbir attended a Diwali puja with Ayan Mukerji, who is directing them in Brahmastra. The actress wore a blue lehenga for the puja while Ranbir Kapoor complemented her in a black kurta set. Sharing oh-so-adorable pictures of herself and the actor on Instagram, Alia Bhatt wrote: "some light" and "some love...Happy Diwali" in the captions. She can be seen gazing lovingly into Ranbir's eyes in one of the pictures.

Now check out the photo that she shared of herself:

Alia Bhatt, Ranbir Kapoor and Ayan Mukerji were all smiles when spotted outside the puja venue. They happily posed for the paparazzi. Check out their pictures here: 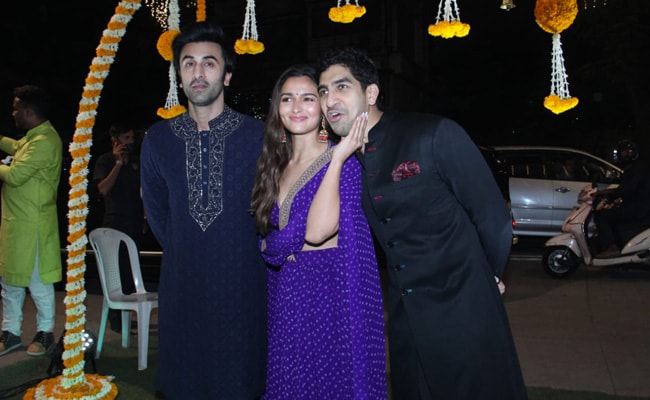 Alia and Ranbir with Ayan Mukerji. 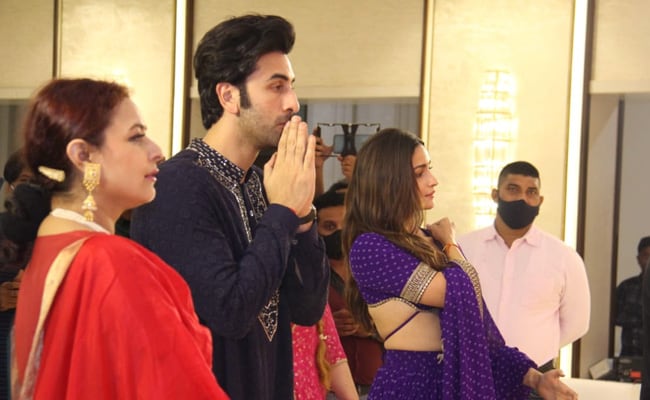 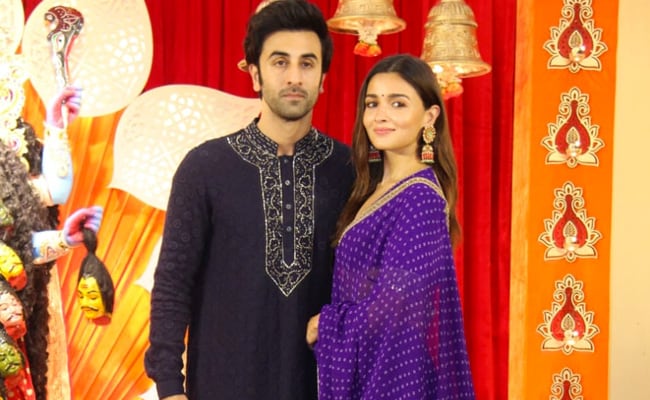 Several media reports stated in September that Alia Bhatt and Ranbir Kapoor, who would have been married by now if the coronavirus pandemic had not hit, were scouting locations for their speculated wedding in Jodhpur. Last year, in an interview with film critic Rajeev Masand, Ranbir Kapoor said this about his wedding plans with Alia Bhatt: "It would have already been sealed if the pandemic hadn't hit our lives. But I don't want to jinx it by saying anything. I want to tick mark that goal soon in my life."

Alia Bhatt and Ranbir Kapoor reportedly started dating in 2018. They started making public appearances together in 2019.