Alia Bhatt's Special Post On Completing 10 Years In Bollywood: "I Promise To Be Better"

Alia will soon make her Hollywood debut with Heart Of Stone 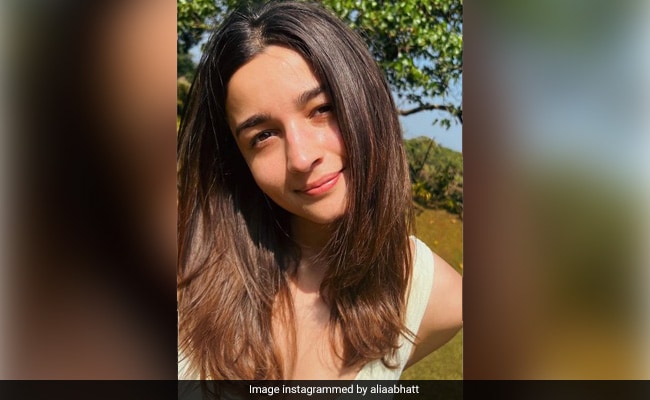 Alia Bhatt, who marked her Bollywood debut ten years ago with Karan Johar's 2012 film Student Of The Year, is celebrating the film's 10-year anniversary. Mom-to-be Alia Bhatt, who in the last one decade entertained her fans with her fabulous performances in films like Highway, Raazi, 2 States, Gully Boy, Gangubai Kathiawadi and Darlings among others, marked the occasion by sharing a post on her Instagram handle. Sharing a beautiful picture of herself, Alia wrote, "10 years today and I am so so grateful... Every single day! I promise to be better - dream deeper - work harder! Thank you for the magic. Love love and only love."

Kareena Kapoor reacted to her post and wrote, "The best there is" with star-eyed and heart emojis. Shweta Bachchan, Zoya Akhtar and Janhvi Kapoor dropped hearts on the actor's post.

In the last ten years, Alia Bhatt has worked in over 15 films. Most of them became a commercial success. After the 2012 film Student Of The Year, Alia appeared in films like Humpty Sharma Ki Dulhania, Highway and 2 States in 2014. In 2015, she did the film Shandaar with Shahid Kapoor. In 2016, the actor was seen in the film Dear Zindagi, also starring Shah Rukh Khan, Kapoor & Sons, starring Fawad Khan and Sidharth Malhotra, Udta Punjab, also starring Shahid Kapoor, Kareena Kapoor and Diljit Dosanjh. She also made a brief appearance in Ranbir Kapoor's Ae Dil Hai Mushkil. In 2017, the actress was seen in Varun Dhawan's Badrinath Ki Dulhania. In 2018, she won many hearts by her stellar performance in Meghana Gulzar's Raazi.

In 2022, the actor was seen in three amazing films, Gangubai Kathiawadi, RRR and Brahmastra Part One: Shiva, also starring her husband Ranbir Kapoor.

Alia BhattBollywoodStudent Of The Year