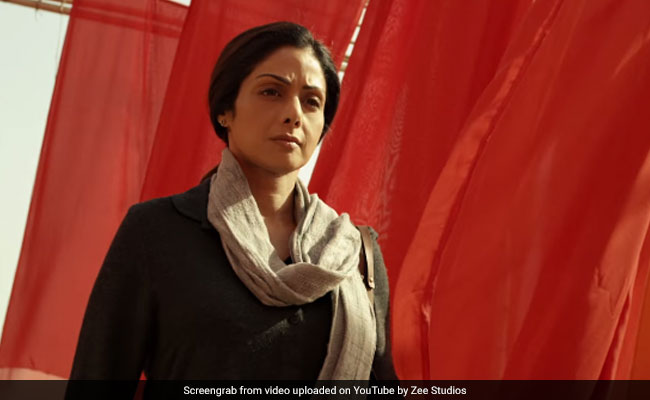 MOM, starring Sridevi, is unstoppable as the film continues to climb the stairs of success at the China box office. The film, which is also Sridevi's last film, debuted at fourth position in China box office, opening better than the last month's AndhaDhun. Trade analyst Taran Adarsh tweeted that while MOM puts up a good start, the collection will witness an upturn on the coming weekends. He tweeted: "Box office opens better than last month's AndhaDhun... Although the start is good, the business needs to witness an upturn on Saturday and Sunday for a healthy weekend total... Friday China business is $ 1.64 million (Rs 11.47 crore). Note: Includes screenings held earlier."

#Mom debuts at No 4 position at #China BO [opens better than last month's #AndhaDhun]... Although the start is good, the biz needs to witness an upturn on Sat and Sun for a healthy weekend total... Fri $ 1.64 million [₹ 11.47 cr]. Note: Includes screenings held earlier.

MOM's producer Boney Kapoor, who is also the husband of late actress Sridevi, got emotional as the film released in China's theatres. Boney Kapoor said in a statement: "MOM is very close to our heart and we are very overwhelmed to witness the love the film is receiving in China... At such occasion, I wish Sri was here to see the huge success her film has garnered."

MOM is a revenge drama which tracks the story of Janki (Sridevi), who takes revenge for her daughter Arya's (played by Pakistani actress Sajal Ali) sexual assault.

The film earned almost Rs 20 crore at India box office in the first week of its release. Film critic Saibal Chatterjee wrote in his review for NDTV: "MOM finds just enough space to focus on a slew of human relationships." He gave the film 3.5-star rating.