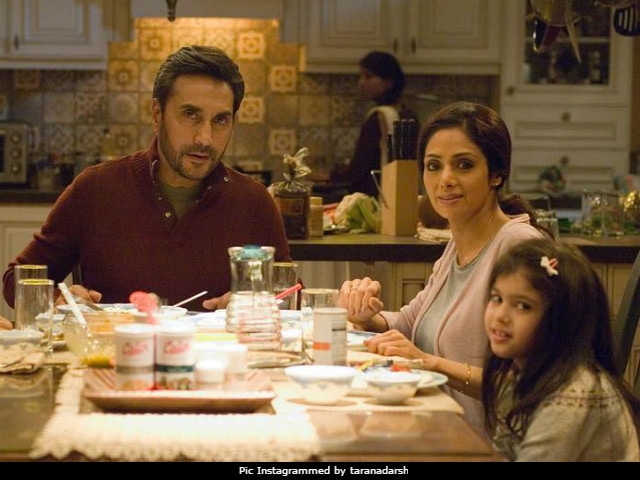 New Delhi: Sridevi's MOM showed better performance on Tuesday than it did on the first day of the week, reported trade analyst Taran Adarsh. Directed by Ravi Udyawar, MOM has made just a shade under Rs 20 crore during its five day stay at the box office. Mr Adarsh shared single day collection figures of the film on Twitter, which add up to Rs 19.66 crore. MOM scored the highest on Sunday with Rs 6.42 crore while Monday recorded the least footfalls for the film. Mr Adarsh's prediction that MOM is expected to score better box office crores over the weekend has come true. Ticket sales for MOM escalated over the weekend, almost doubling its opening day collection on Saturday and making almost Rs 7 crore on Sunday.

Promoted
Listen to the latest songs, only on JioSaavn.com
In his review for NDTV, Saibal Chatterjee says Sridevi is "magnificently expressive" and that the film does not conform to the traits of the theme. "It breaks free from the genre constraints on the back of a clearly defined moral and emotional context. It presents vengeance as a choice between two wrongs separated only by their respective degree of severity: galat aur bahut galat, as the titular character puts it," he writes.