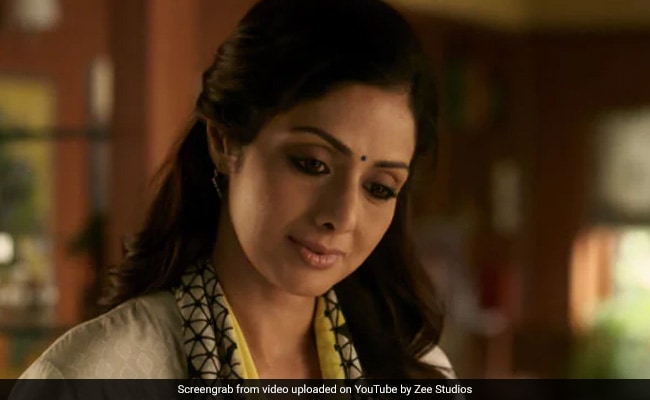 Sridevi's MOM, which recently released in China on May 10, performed well over the weekend and pushed the three-day total to a sum of Rs 41.81 crore. Trade analyst Taran Adarsh tweeted about the film's performance over the weekend and wrote: "MOM has a healthy weekend in China... Although the trending is better than Hichki [opening weekend: $ 4.21 million], it's important that MOM maintains the pace on weekdays... Friday $ 1.68 mn, Saturday $ 2.22 mn, Sunday $ 2.06 mn. Total: $ 5.96 million [Rs 41.81 cr]." MOM, in which Sridevi featured as a revengeful mother, had a better opening performance than AndhaDhun, which had released last month in China and performed really well.

In China MOM collected Rs 11.47 crore on its opening day. Here's what Mr Adarsh tweeted about MOM's performance in China during the weekend:

MOM, which remains Sridevi's last film, had a July 2017 release in India, few months after which Sridevi died by accidentally drowning in a hotel bathtub in Dubai. Shah Rukh Khan's Zero, which released in December 2018, featured Sridevi in a brief cameo. Sridevi's portions for Zero were filmed before her death.

Directed by Ravi Udyawar, MOM is a revenge drama. It tracks the story of how a mother takes revenge for an unfortunate incident with her daughter after failing to get justice from the court. The role of the daughter in the movie is played by Pakistani actress Sajal Ali.

MOM was produced by late actress Sridevi's husband Boney Kapoor. After MOM's positive response in China, Boney Kapoor released an emotional statement and said, "MOM is very close to our heart and we are very overwhelmed to witness the love the film is receiving in China... At such occasion, I wish Sri was here to see the huge success her film has garnered."

MOM had performed well in India as well and opened to great reviews with a 3.5-star rating from film critic Saibal Chatterjee, who reviewed it for NDTV.