MOM Trailer #2: This Sridevi Is Vengeful And Chilling. Brace Yourself

The second trailer of Sridevi's MOM has a clear message - you do not mess with a mother. Watch Sridevi in the last few seconds of MOM's new trailer for an absolutely stunning performance 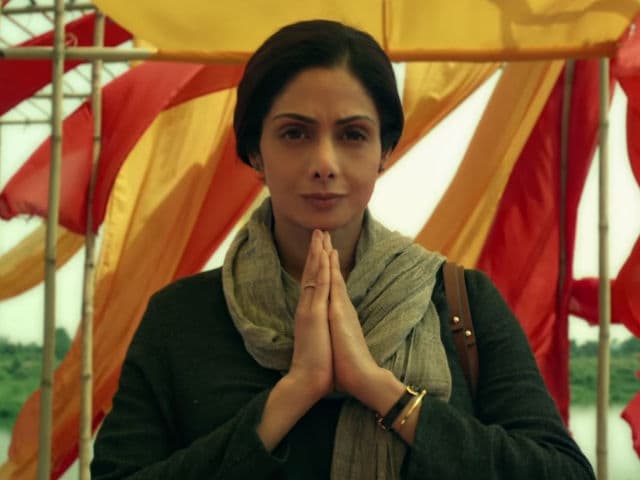 New Delhi: You do not mess with a MOM - This is the clear message of the second trailer of Sridevi's film MOM, which released on Friday. Sridevi's daughter (played by Pakistani actress Sajal Ali) knows that she's not really her daughter. She confronts her 'mom' and then rebels. Sajal's character is in trouble and the mistake her tormentors make is to tell her 'ab bula apni ma ko. Boo! She's here and she's hell bent on taking revenge for everything wrong done to her daughter. The Ravi Udyawar-directed film, co-starring Nawazuddin Siddiqui (looking slightly creepy), seems gritty and intense. Watch Sridevi in the last few seconds of the trailer and we bet you'll get goosebumps.

From the trailer, we gather that Sridevi's MOM is a revenge thriller much like Raveena Tandon's recently released Maatr. The two films share the theme (a revenge seeking mother) but their treatment seems absolutely different. At Thursday's promotional event for MOM, Sridevi said that 'one line' from the film 'got her really excited.'

"After English Vinglish (The Gauri Shinde-directed film released in 2012), I got busy with my daughters. I really didn't plan to do more films. I have never planned things. When Boney (Boney Kapoor, The film's producer and Sridevi's husband) told me a line of the story, it really got me excited. It took nearly two years to develop the story and start this project," news agency IANSquoted her as saying.

Between English Vinglish and MOM, Sridevi was seen in Tamil film Puli.

Promoted
Listen to the latest songs, only on JioSaavn.com
MOM also features actor Akshaye Khanna and Abhimanyu Singh and is scheduled to release on July 7.