The first song of Sridevi's movie MOM, titled O Sona Tere Liye, was unveiled by the makers of the film today 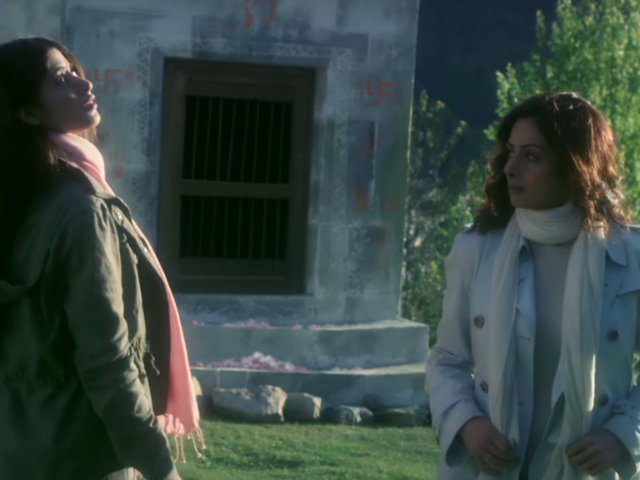 MOM: A still from the song O Sona Tere Liye

New Delhi: The first song of Sridevi's movie MOM, titled O Sona Tere Liye, was unveiled by the makers of the film today. The two-and-a-half minute song features Sridevi's family, who are on a holiday to get away from their past. O Sona Tere Liye depicts the relationship between Sridevi and Sajal Ali in the film. In the song, Sajal Ali is seen trying to rediscover who she was before the fateful incident occurred and Sridevi plays the supportive and patient mother. The soulful song has been sung by A R Rahman and Shashaa Tirupati. The beautiful lyrics of the song have been written by Irshad Kamil.

The trailer of MOM was unveiled on April 1. Watch it here:

Apart from Hindi, MOM will be dubbed and released in Tamil, Telugu and Malayalam.

Promoted
Listen to the latest songs, only on JioSaavn.com
MOM is scheduled to release in theatres on July 7.

Sridevi's last Bollywood venture was Gauri Shinde's English Vinglish, which was her first movie after a gap of 15 years. She won the Filmfare Best Actress Award for her performance in the film. Sridevi was last seen in 2015 Tamil movie Puli.
Comments
MOMsridevisajal ali