Mohanlal and Chiranjeevi attended the 10th edition of the annual reunion of the 'Class of 80s' (as they are popularly called). 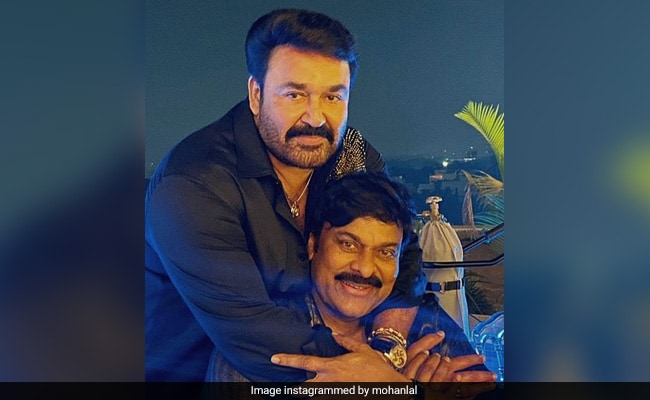 A picture of actors Chiranjeevi and Mohanlal from the annual 'Class of 80s' (as its popularly called) reunion party is breaking the Internet. Mohanlal, 59, shared a picture with the Sye Raa Narasimha Reddy actor from the 10th edition of the annual reunion of south actors who started working in the Eighties. On his social media page, Mohanlal shared a picture with Chiranjeevi and wrote, "With my amazing friend Chiranjeevi." This year, the party was hosted by Chiranjeevi in Hyderabad over the weekend. Rajinikanth, who attended the reunion party in 2016, gave it a miss. However, many regulars, including actor Jackie Shroff, made it to the party. The party dress code was black and gold and all the attendees adhered to it.

But first, check out this picture of 'amazing friends' Chiranjeevi and Mohanlal, which has sent the Internet into a meltdown:

Now, check out more pictures from the 10th edition of the annual get-together of the actors:

An example of friendship over years,tested over time.Thanks #Chiranjeevi &family for hosting. We are lucky to share this bond pic.twitter.com/WG6rrWMPyY

Moments of our reunion pic.twitter.com/U40mK4qN8b

On the work front, Mohanlal was last seen in Tamil film Kaappaan and before that in Malayalam film Lucifer. He is currently filming Big Brother in Malayalam, which went on floors in July.