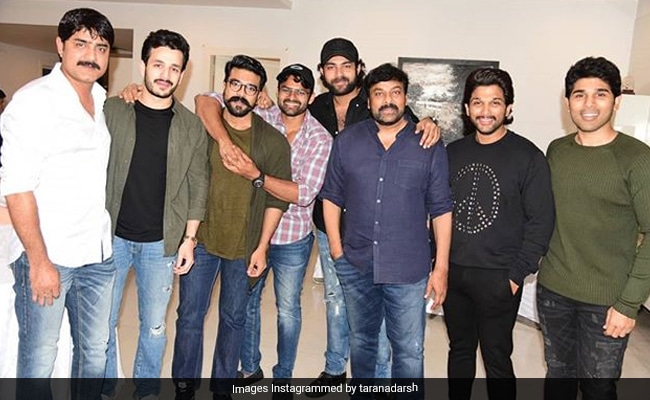 Here are glimpses from the celebrations of Sye Raa Narasimha Reddy:

#SyeRaa has crossed the 100 Crs gross mark at the WW Box Office in 2 days..

Sye Raa Naarasimha Reddy is based on the life of Uyyalawada Narasimha Reddy, who rebelled against the East India Company 10 years before the First War Of Independence. Sye Raa Naarasimha Reddy opened to mixed reviews on October 2. Film Critic Saibal Chatterjee praised Chiranjeevi in his review for NDTV saying, "Chiranjeevi, returning to action after a long hiatus, plays the role with aplomb. In the scenes that matter, his presence is electrifying. He pulls off the action sequences with the sort of enthusiasm that actors half his age would be proud of."