"The man who gave us everything," wrote Ram Charan 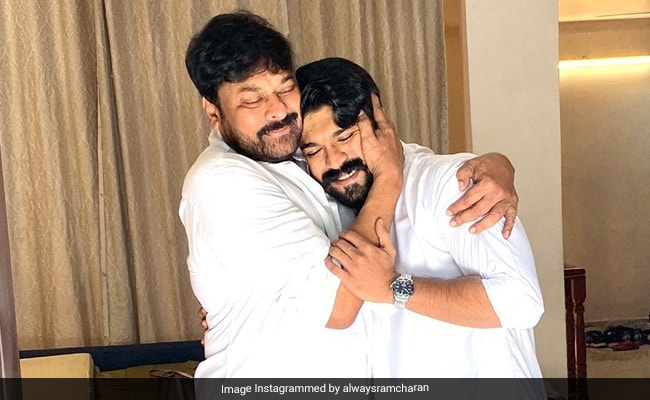 Sye Raa Narasimha Reddy, which opened in theaters on Wednesday (October 2), has been receiving an overwhelming response from the audience. On the film's release date, its producer Ram Charan posted a special thank you note for his father and the film's lead actor Chiranjeevi. On Wednesday, Ram Charan posted a series of pictures on Instagram, in which he and Chiranjeevi, twinning in white outfits, can be seen embracing. The picture received over 2 lakh likes on Instagram within a few hours. Ram Charan wrote: "The man who gave us everything. Thank you so much dad for this boss buster." He added the hashtags #bossbuster and #syeraanarasimhareddy to the post.

Sye Raa Narasimha Reddy is a period drama, in which Chiranjeevi plays the titular Narasimha Reddy, a real life historic figure who rebelled against the British rule 10 years before than the First War of Independence of 1857. The film has been directed by Surender Reddy and it has been produced by Ram Charan. The Hindi version of the film has been distributed by Farhan Akhtar and Ritesh Sidhwani's Excel Entertainment.