Sye Raa Narasimha Reddy Trailer: Chiranjeevi Is A Force You Don't Want To Mess With 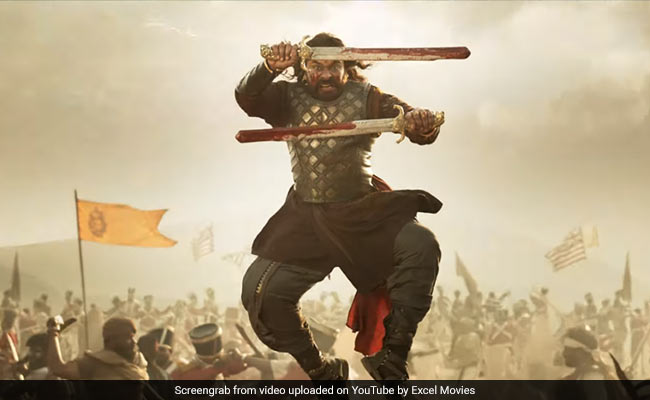 Kichcha Sudeep plays Avuku Raju and Vijay Sethupathi will be seen Raja Pandi Nadar, both of whom want to associate themselves to Narasimha Reddy's rebellion. Tamannaah Bhatia plays Lakshmi, who only wants to be remembered as Narasimha Reddy's wife.

The trailer of Sye Raa Narasimha Reddy has several cutting-edge action sequences performed by Chiranjeevi, which the 63-year-old actor said were 'challenging.' He said, "It was a challenge. Ram Charan and Surender Reddy (director of the film) made me work hard. When I was hearing the subject, I was like, 'We can have a duplicate or morph my face and do the action bit.' But these guys did not compromise and made me do the fight scenes."

Sye Raa Narasimha Reddy will open in theatres on October 2.