"There is only one megastar and that is Amitabh Bachchan. In the film he is playing the character of my guru," said Chiranjeevi 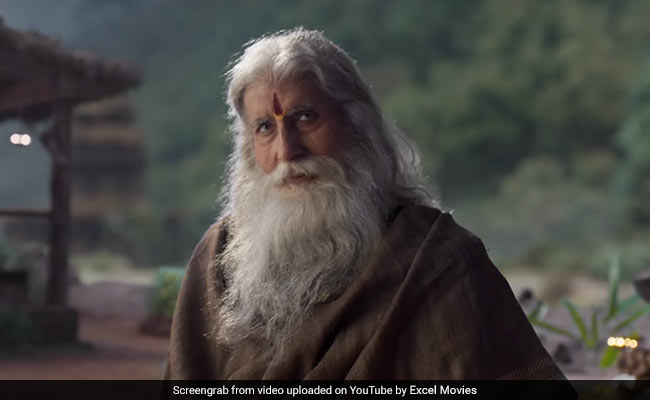 The teaser of Chiranjeevi's Sye Raa Narasimha Reddy released on Tuesday and took the Internet by storm. We got insights into the story of freedom fighter Sye Raa Narasimha Reddy - the first rebellious force against the British Raj. While Chiranjeevi plays the titular role, Amitabh Bachchan features in the indispensable role of Narasimha Reddy's guru Gosaayi Venkanna. At the teaser launch event in Mumbai, Chiranjeevi shared about his phone conversation with Big B when the cast was being formulated. "There is only one megastar and that is Amitabh Bachchan. Working with him is a great experience. In the film he is playing the character of my guru," Chiranjeevi began by saying, reported news agency IANS.

"My director wanted him to play the part. I made a call to him because I wanted to try once. He said, 'you tell me, what do you want?' I told him that I was making a film on the unsung hero Sye Raa Narasimha Reddy, and there is a special character of a guru, a teacher. I told him I wanted him to play my 'guru'," the 65-year-old star added.

Recalling Amitabh Bachchan's response, Chiranjeevi said: "He said, 'Chiranjeevi, you have never asked me for anything. This is the first time you are expecting something from me. I will do it'." Chiranjeevi also said he's grateful to Mr Bachchan for joining his film: "I am so happy that he immediately agreed to be part of the film. My heartfelt thanks to the megastar," Chiranjeevi added.