"You are the best baby in the world," read Janhvi Kapoor's handwritten note for her mom 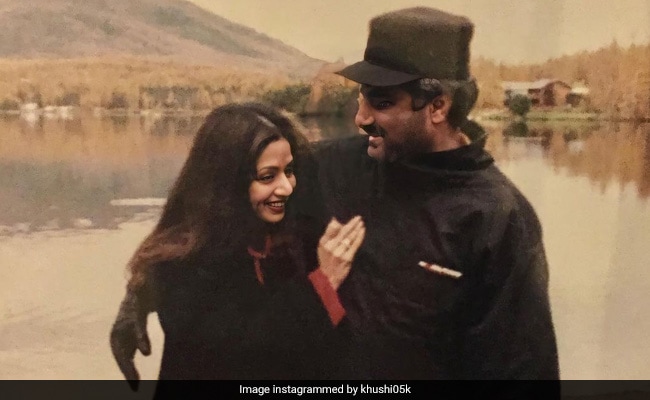 On Sridevi's death anniversary today, actress Janhvi Kapoor and her sister Khushi Kapoor remembered their mother in emotional posts on Instagram. Sridevi, a renowned actress who featured in several hits like Chandni, Mr India, Judaai, Khuda Gawah, Nagina and Sadma, died on February 24, 2018 in Dubai, where she was attending a family wedding. She was 54. Janhvi Kapoor shared a handwritten note for her mom on social media and captioned it: "Miss you." The note read: "I love you, my labbu. You are the best baby in the world." Khushi posted a throwback photo of parents Sridevi and Boney Kapoor and wrote: "I love you."

Here's how Janhvi and Khushi Kapoor remembered their mom Sridevi on her death anniversary:

Sridevi and Boney Kapoor married in 1996. The couple welcomed Janhvi on March 6 in 1997. Janhvi made her debut in Bollywood with 2018's Dhadak. Khushi Kapoor was born in November, 2000.

She was last seen in MOM, her 300th film, for which she was awarded Best Actress National Award posthumously. She was honoured with the Padma Shri award, India's fourth highest civilian award, in 2013.