Janhvi often shares throwback glimpses of Sridevi on social media whenever she misses her a bit too much. 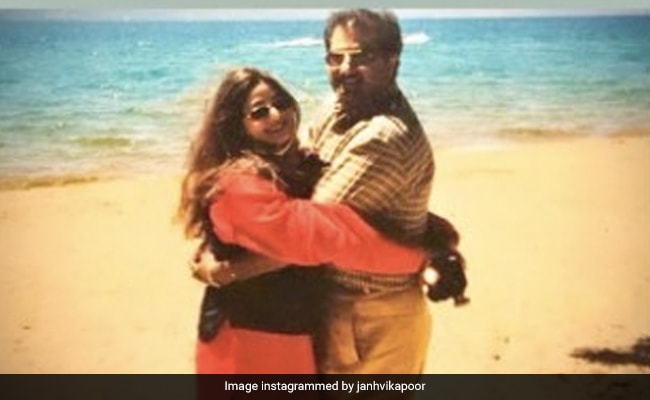 Sridevi and Boney Kapoor in a throwback pic (courtesy janhvikapoor)

Janhvi Kapoor lost her mother, actress Sridevi, in 2018, just months before she stepped into Bollywood. Since then, Janhvi often shares throwback glimpses of Sridevi on social media whenever she misses her a bit too much. On Monday, in one of her Instagram stories, Janhvi shared a favourite photo of her parents, which is a happy memory of Sridevi and Boney Kapoor. Janhvi, who is a woman of few words, chose not to caption the photo. In February 2018, Sridevi's tragic death shocked nationwide fans. She died after accidentally drowning at a hotel bathtub in Dubai. Janhvi Kapoor has a younger sister named Khushi. 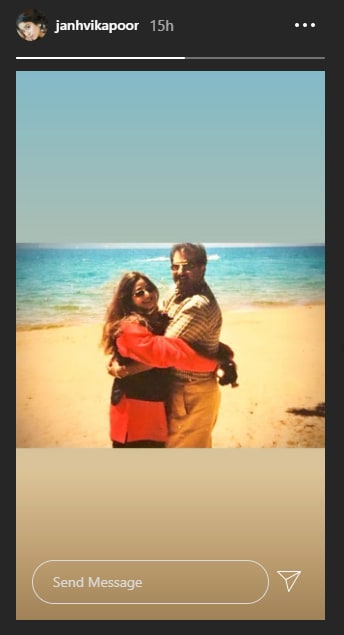 On Sridevi's birth anniversary this year, Janhvi Kapoor shared one of her favourite memories and wrote: "I love you mumma."

I love you mumma

Janhvi marked her parents' anniversary with this black and white memory and attached a red heart to it.

On Sridevi's death anniversary this year, Janhvi Kapoor wrote the most heart-wrenching message: "Miss you every day."

Janhvi Kapoor made her Bollywood debut with Dhadak in 2018, after which she featured in the Netflix anthology Ghost Stories. Janhvi played the titular role in Gunjan Saxena: The Kargil Girl, the biopic of Indian Air Force officer Gunjan Saxena, who one of the first two woman combat aviators to be commissioned into the war zone during the Kargil War. Her upcoming movies include horror comedy Roohi Afzana, in which she co-stars with Rajkummar Rao, and rom-com Dostana 2, which also stars Kartik Aaryan.