In a recent chat session on Twitter, Shahid was asked if he's taking part in household chores when he replied that he's in charge of doing the dishes. 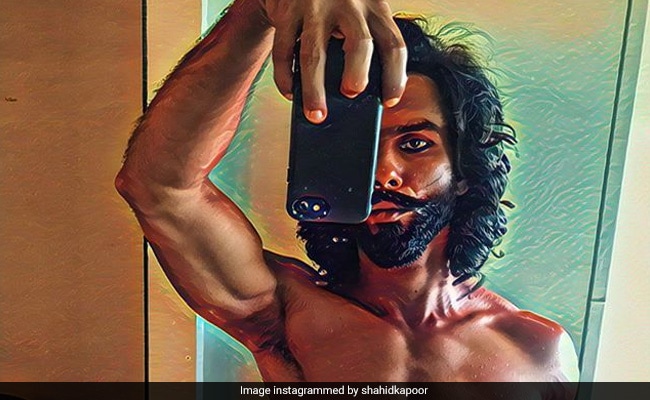 Shahid Kapoor, in an Instagram video, shared his mood for the next phase of the lockdown. Looks like Shahid will be in seen in a goofy avatar for the next few days, a glimpse of which he just Instagrammed. "It's time for quarantine... so much fun," he says in the ROFL video. In his caption, Shahid revealed that his wife Mira Rajput is struggling to co-exist with this version of Shahid. "Entering quarantine phase 4 be like. Mira can't deal no more with me," he wrote. Mira indeed disapproves of Shahid's Instagram shenanigans as she posted this comment: "You actually posted this ridiculous video." 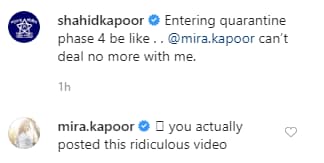 Entering quarantine phase 4 be like . . @mira.kapoor can't deal no more with me.

Prime Minister Narendra Modi on Tuesday addressed the nation for the third time since he imposed a total lockdown on March 24. He announced a "lockdown 4" after May 17 in a "completely different form" with new rules. Pm Modi also announced a Rs 20 lakh crore stimulus package to tackle the impact of coronavirus and weeks of lockdown.

In a recent chat session on Twitter, Shahid was asked if he's taking part in household chores when he replied that he's in charge of doing the dishes. "Mera department bartan ka hai," he tweeted.

Meanwhile, Shahid also sent his Instafam into a tizzy with what appears to be a throwback photo. Shahid shared it and said nothing.

Shahid Kapoor also recently featured in this throwback photo on Mira Rajput's Instagram. It's from when baby Zain was born in 2018. Shahid had organised for a cool birthday party for the new mom: "Throwback to the coolest birthday party with a day old Zainu and being smothered by a questionably dressed Huz #callthefashionpolice #bringbackthosedays #gocoronago."

On the work front, Shahid Kapoor was last seen in the controversial movie Kabir Singh. His upcoming movie is sports drama Jersey, in which he co-stars with his father, actor Pankaj Kapur.