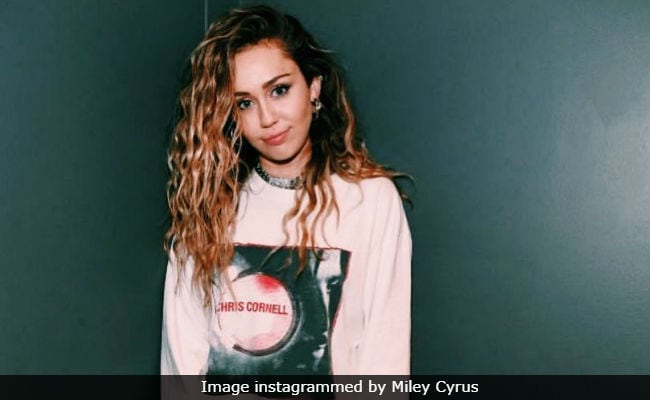 The cycle has four phases: A famous woman gets married. The public gushes over the newlyweds. Tabloids begin to wonder whether said woman is pregnant. Fed up, she addresses the speculation. Repeat.

Miley Cyrus is the latest celebrity to receive this sort of attention. The Daily Mail tweeted out a story Wednesday afternoon headlined "Miley Cyrus and Liam Hemsworth 'expecting their first child together,' " to which the singer replied with an edited image of herself and Instagram's record-breaking egg: "I'm not 'Egg-xpecting' but it's 'Egg-celent' to hear everyone is so 'Happy For Us' . . . we're happy for us too!" she wrote, adding: "Now, can everyone leave me alone and go back to staring at an egg."

Just three weeks have passed since the long-engaged actors announced that they had married. During that short period, another female celebrity made headlines for addressing what it's like to be under constant pregnancy watch: Margot Robbie.

In an interview with the British magazine Radio Times, the actress drew parallels between her own experiences and those of her Mary Queen of Scots character, Queen Elizabeth I, the 16th-century English monarch and lifelong virgin who faced constant pressure to produce an heir to the throne. This made Robbie "really angry," she said. "How dare some old guy dictate what I can and can't do when it comes to motherhood or my own body?

"Unfortunately, it's a conversation we're still having," Robbie continued. "I got married, and the first question in almost every interview is 'Babies? When are you going to have one?' I'm so angry that there's this social contract. You're married, now have a baby. Don't presume. I'll do what I'm going to do."

Marriage isn't always a contributing factor, of course. A small sample of the celebrities who have been said to, and we quote, "shut down pregnancy rumors" over the past several months: Camila Cabello, Ariana Grande, Kourtney Kardashian, Naomi Campbell. And that only accounts for that specific phrasing.

Actress Lili Reinhart shared a similar message on Instagram in May, after her appearance in a photo led social media users to claim she was pregnant with boyfriend Cole Sprouse's baby: "My body is something that I will NEVER apologize for," she wrote. "My body will constantly go through change. And so will yours. And that's fine. So let's not put so much time and effort into caring about a stranger's figure."

These rumors never seem to cease, and out of all celebrities, Jennifer Aniston knows that best. Tabloids have declared the actress pregnant for almost as long as she's been an A-lister, throughout her marriages to actors Brad Pitt and Justin Theroux and even in between. In 2016, Aniston wrote a piece for HuffPost, announcing "for the record" that she was not pregnant: "What I am is fed up."

"This past month in particular has illuminated for me how much we define a woman's value based on her marital and maternal status," Aniston wrote. "The sheer amount of resources being spent right now by press trying to simply uncover whether or not I am pregnant (for the bajillionth time . . . but who's counting) points to the perpetuation of this notion that women are somehow incomplete, unsuccessful, or unhappy if they're not married with children."

She continued: "From years of experience, I've learned tabloid practices, however dangerous, will not change, at least not any time soon. What can change is our awareness and reaction to the toxic messages buried within these seemingly harmless stories served up as truth and shaping our ideas of who we are."