Miley Cyrus Denies She Cheated On Liam Hemsworth: 'I'm Not A Liar'

"I can admit to a lot of things but I refuse to admit that my marriage ended because of cheating," wrote Miley Cyrus 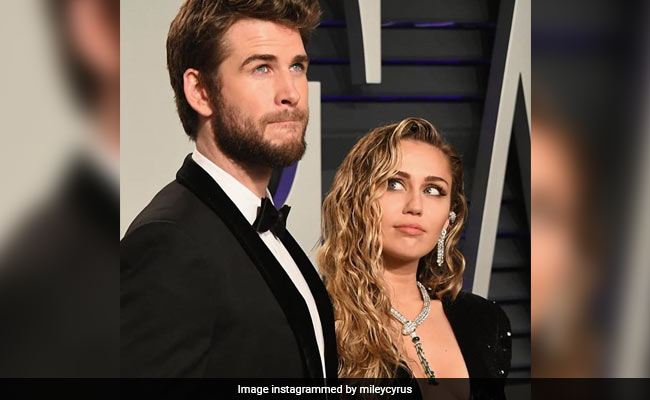 Miley Cyrus has posted a lengthy statement on social media rubbishing reports that her eight-month marriage to Liam Hemsworth ended because she cheated. A day after Liam filed for divorce, 26-year-old Miley wrote in a two-page Instagram note that while she may be many things - "a twerking, pot smoking, foul mouthed hillbilly" - what she's not is a liar. "What I cannot accept is that I'm lying to cover up a crime I have not committed... I can admit to a lot of things but I refuse to admit that my marriage ended because of cheating," Miley Cyrus wrote, asserting that she was 'committed' to Liam once they reconciled in 2015 after a broken engagement in 2013. Miley and Liam Hemsworth met in 2009 and called time on their romance several times before getting married last year. The Wrecking Ball singer, who is pansexual, was spotted get cosy with another woman soon after they announced their separation some weeks ago.

Much of Miley Cyrus' statement is a list of her many misdemeanours over the last few years - she has written about doing drugs, cheating in previous relationships and even allegedly being fired from the animated film Hotel Transylvania for buying Liam a risqué birthday cake. "There are no secrets to uncover here... I'm not perfect, I don't want to be, it's boring. I've grown up in front of you but the bottom line is, I have grown up," Miley wrote, adding: "I love Liam and always will. But at this point I had to make a healthy decision for myself to leave a previous life behind. I'm the healthiest and happiest I have been in a long time."

Last week, Liam Hemsworth posted a statement of his own on social media in which he said he wished Miley 'nothing but health and happiness' and that he would not be addressing the split in interviews. "Any reported quotes attributed to me are false," the 29-year-old actor wrote.

Hi all Just a quick note to say that Miley and I have recently separated and I wish her nothing but health and happiness going forward. This is a private matter and I have not made, nor will I be making, any comments to any journalists or media outlets. Any reported quotes attributed to me are false. Peace and Love.

Miley Cyrus and Liam Hemsworth met on the sets of Nicholas Sparks' 2009 film The Last Song. They broke up several times over the next decade with Miley even briefly linked to actor Patrick Schwarzenegger and model Stella Maxwell after calling off her engagement to Liam in 2013. In 2015, the couple were back together and they married last December.