Miley Cyrus, Liam Hemsworth Split After Less Than A Year Of Marriage: Reports 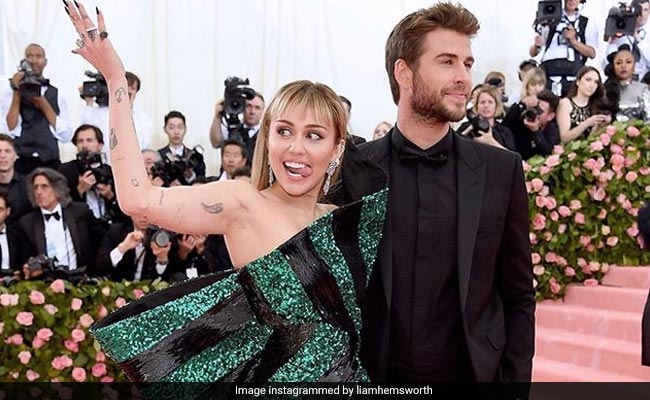 Looks like Miley Cyrus and Liam Hemsworth have decided to part ways after years of rocky togetherness and few months of marriage. International Tabloids like People and Just Jared quoted the Wrecking Ball singer's representative as saying in a statement: "Liam and Miley have agreed to separate at this time." As per the statement, Miley and Liam have asked that their privacy is respected as they devote their post-split time to "focus on themselves and careers": "Ever-evolving, changing as partners and individuals, they have decided this is what's best while they both focus on themselves and careers. They still remain dedicated parents to all of their animals they share while lovingly taking this time apart. Please respect their process and privacy."

The Internet started speculating that Miley and Liam may have separated after the pop singer Instagrammed a photo of herself captioning: "Mute me if you don't want spammed," in which she can't be seen sporting her wedding ring.

Mute me if you don't want SPAMMED

Miley Cyrus and Chris Hemsworth married on December 23 in Franklin, Tennessee and confirmed their wedding with dreamy Instagram photos.

Just a month after their wedding, Miley Cyrus refuted pregnancy rumours with a viral egg-photo and tweeted: "I'm not "Egg-xpecting" but it's "Egg-celent" to hear everyone is so "Happy For Us".

I'm not " Egg-xpecting" but it's "Egg-celent" to hear everyone is so " Happy For Us" .... we're happy for us too! "Egg-cited" for this next chapter in our lives.... Now , can everyone leave me alone and go back to staring at an egg. pic.twitter.com/uPya87cDSz

Miley and Liam met and fell in love on the sets of Nicholas Sparks' 2009 movie The Last Song. Miley and Liam broke-up and mended their relationship several times till 2012, when he proposed and she said yes. But Miley and Liam split up again in 2013 before reuniting in 2015.