"My equation with Salman is what the success of the film validates," says Ali Abbas Zafar 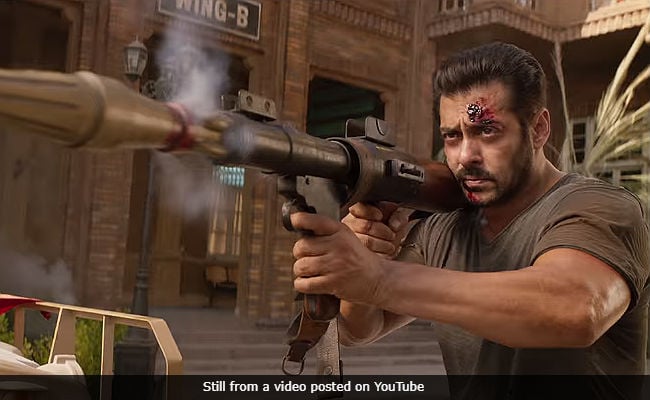 Mumbai: Euphoric with the stupendous success of Tiger Zinda Hai, director Ali Abbas Zafar says it's the message of love and humanity which has struck a chord with the audience. The movie, which features Salman Khan and Katrina Kaif, has brought much-needed respite to the box-office by earning over Rs. 200 crore in seven days since its release itself. Excerpts from the interview: Did you expect Tiger Zinda Hai to be so successful? Well, we have worked really hard. Salman Khan, Katrina and the whole team of Tiger Zinda Hai. We believed in our story. The film's message is of universal value: humanity is above all. So we were really hopeful about the film. Luckily, it connected.

Q. And how 2017 was a year of huge flops and disappointments. Does the success of Tiger Zinda Hai vindicate the box-office supremacy of Salman and your position as a blockbuster director?

A. What it validates is that if you give the audience what your trailer promises, they will accept it with open arms. My equation with Salman is what the success of the film validates. I think we work well together.

Q. What do you think makes Tiger Zinda Hai so connectible with the audience, especially at a time when all diplomatic efforts to bring India and Pakistan together have failed?

A. I think the idea of love is universal and peace and brotherhood is the core of our existence.

Q. This is your second blockbuster with Salman Khan after Sultan. Please describe your rapport with him?

A. Well, as I said Salman and I work very well together. He is like an elder brother to me. I am just four films old. His vast experience make my work look mature.

Q. You are now doing a third film Bharat with Salman. Apparently, it is a remake of a Korean film. How do you intend to Indianise it and is this going to be Salman's ode to Indian history?

A. As far as Bharat is concerned, we have worked thoroughly on making it a work founded on Indian history and the adaptation of text would be fully researched. Now once I am free of all the post Tiger Zinda Hai activities, I will start fresh on the film.

Q. You started with Mere Brother Ki Dulhan. How do you see your journey so far?

A. I feel God has been very kind to me. My films are a manifestation of my experiences and my convictions and my beliefs. What a filmmaker creates reflects who he is. Keeping my head down and working hard is my strength.

Q. Finally, your thoughts on the year that was and the year to come?

Promoted
Listen to the latest songs, only on JioSaavn.com
A. Well, for me personally, last year was Sultan and this year is Tiger Zinda Hai. 2018 will be Bharat. What more can I wish for? So Mashallah, I am happy and I wish all the love and happiness to everyone. I hope there will be more successful films in 2018.