On Salman Khan's Birthday, A Gift For Fans - Details Of New Film Bharat 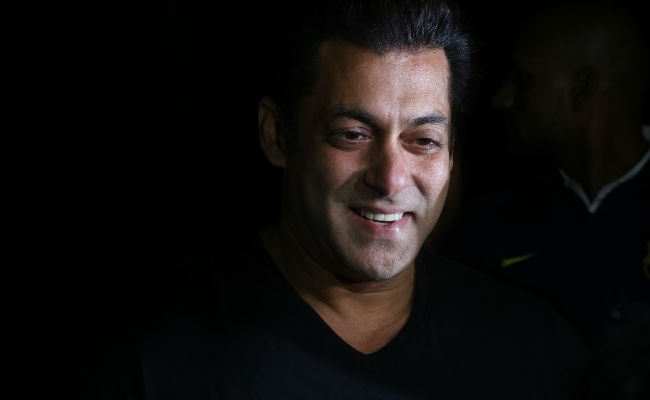 New Delhi: There's no better gift for Salman Khan's fans than the announcement of his new film and that's exactly what T-Series' Bhushan Kumar and Atul Agnihotri did. Salman Khan's new film Bharat will be jointly produced by Atul (Salman Khan's brother-in-law) and Bhushan and it will be directed by Ali Abbas Zafar, with whom Salman recently made Tiger Zinda Hai. Ali Abbas Zafar and Salman Khan also collaborated on 2016 superhit film Sultan. "Bharat (is) a human drama that is bound to touch you beyond measure," said Bhushan Kumar.

Salmna Khan's latest film Tiger Zinda Hai is raking in crores. The film made Rs 151 crore (one crore more than the cost pf production) on the fourth day of its release while its total collection as of Tuesday is Rs 173 crore. Salman and Ali Abbas Zafar's Tiger Zinda Hai and Sultan were produced by Yash Raj Films. "Having T-Series on board with us on Bharat was a very smooth and organic process for both of us," Atul Agnihotri said of his association with Bhushan Kumar.

Promoted
Listen to the latest songs, only on JioSaavn.com
But before Bharat, Salman Khan will complete filmig Race 3, which is currently being filmed. In Race 3, Salman has replaced Saif Ali Khan as the lead star. Other actors who've joined the franchise are Jacqueline Fernandez, Pooja Hegde, Daisy Shah and Bobby Deol. Even Remo D'Souza has replaced Abbas Mustan as director. Anil Kapoor is the only original member of the old Race films.

Are you excited about Salman Khan's Bharat and Race 3?