Malaika Arora, Mother Of A Son, Says: "Wish I Also Had A Daughter"

"I wished I had a daughter whom I could dress up," said the actress 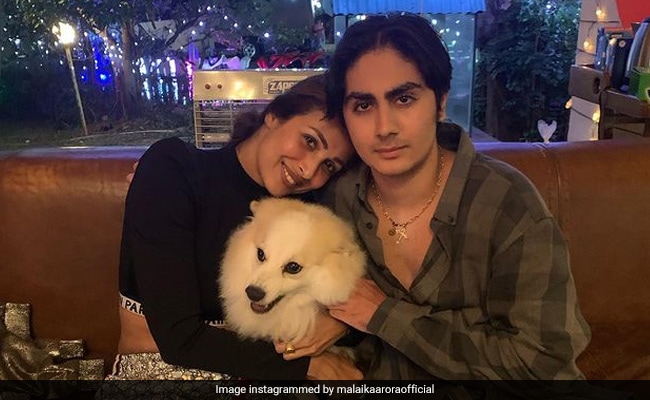 Malaika Arora, in a recent interview with ETimes, revealed that she "misses having a girl child" and often "discusses a lot of things, including adopting a daughter, with her son Arhaan. Malaika Arora was previously married to actor-filmmaker Arbaaz Khan. Their son Arhaan is 18 now. Malaika's confession about wanting a daughter arrived after she got emotional watching the performance of a kid contestant named Florina Gogoi on dance reality show Super Dancer Chapter Four, where she appeared as a guest judge recently. Talking about what made her "overwhelmed" after watching the kid's dance performance, Malaika said: "Florina tugged at my heartstrings. Her performance and the way she is, struck a chord with me deep down. I come from a family full of girls and now, we all have boys, largely. So, I do miss having a girl child."

"I love my son Arhaan to the moon and back, but I wish I also had a daughter. That's a running sentiment in my heart. I have a girl sibling, and we're so typical in the sense that we'll share everything and watch each other's backs. The way Florina danced, it just made me so emotional that day; I wished I had a daughter whom I could dress up and do all those silly things with," added Malaika.

Malaika Arora also shared that she has discussed the topic of adopting a girl child and "giving her a family" with her son but "there are no plans" for now. She told ETimes: "So many of my dear friends have adopted kids and it's really amazing that kids bring so much joy to their lives. I discuss a lot of things with my son Arhaan, like how we should adopt a child someday and give her a family and a home. We talk about everything, and this is one of the many zillion topics that we have chatted about, but there are no plans."

Malaika Arora has been dating actor Arjun Kapoor for the past few years.

She recently concluded shooting for the reality show Supermodel Of The Year 2. She has appeared in songs like Chaiyya Chaiyya and Munni Badnaam Hui, among many others.

The actress has also featured as a judge in various television dance reality shows such as Nach Baliye, India's Best Dancer, Jhalak Dikhhla Jaa and others.