Arbaaz Khan On Being Trolled After Divorce From Malaika Arora: "I Never Got Affected"

"I have accepted a certain situation and moved on from it. We don't live near-perfect lives. We all are fallible, we make mistakes," said Arbaaz Khan 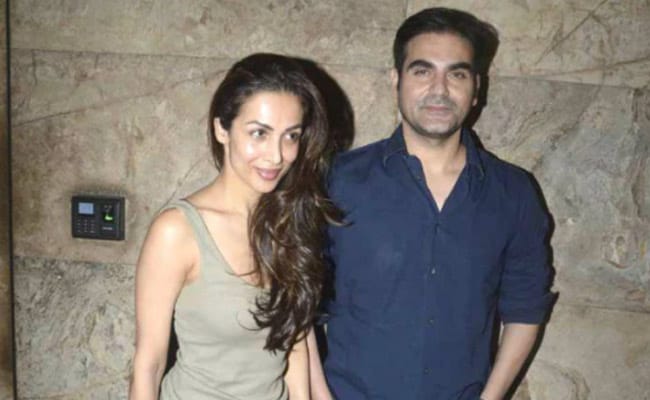 A file photo of Arbaaz Khan with Malaika Arora.

Actor-filmmaker Arbaaz Khan, in an interview with Bollywood Bubble, opened up about being trolled after his divorce from his ex-wife and actress Malaika Arora and said that comments on his personal life never "affected" him. Arbaaz Khan and Malaika Arora married in 1998 and after 19 years of marriage, in 2017, they divorced. They are parents to a son named Arhaan Khan. Talking about if he and his family were ever affected by the trolling that they were subjected to after he and Malaika Arora divorced, Arbaaz Khan said "no" and added: "It's a futile exercise that they do. Do you really think that the more you say something things are going to change? In my personal life, I've already gone through that upheaval, and gone through that scenario where I felt what I had to feel. I have accepted a certain situation and moved on from it. We don't live near-perfect lives. We all are fallible, we make mistakes."

Arbaaz Khan is currently dating model Giorgia Andriani and Malaika Arora is in a relationship with actor Arjun Kapoor.

In the aforementioned interview, Arbaaz Khan also shared how fans want to see celeb couples together but "sometimes you have different paths, you grow to be different people." Citing an example of Aamir Khan and Kiran Rao's recent divorce, Arbaaz Khan said: "Maybe the fans and followers, if they like a certain couple, they'd like to see them together. And it's happened recently with somebody like Aamir, for that matter. It happens. But that does not mean we're bad people."

Arbaaz added that he "ignores" the trolls and "moves on." "They're just two people who've realised that the reason they were together was to make... The journey had to be wonderful and beautiful together. Sometimes you have different paths, you grow to be different people. You have to let them grow and be happy. So, we never got affected; I never got affected by comments on my personal life, particularly on my relationship. Of course, I feel they were all unnecessary at time, quite a few of them, but one had to ignore it and move on," he said.

Arbaaz Khan is back with the second season of his talk show Pinch. His brother Salman Khan featured in a recent episode of the chat show.