"The photographer got skills, gurl," commented Arjun within minutes of the photo being posted and soon enough Malaika Arora replied 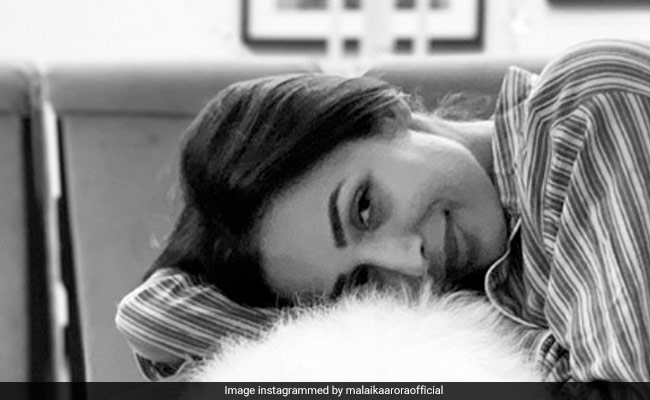 Malaika Arora and Arjun Kapoor are celebrating their Sunday mood with photos of themselves on Instagram and while that may seem like a no big deal, what makes them special is that the photos have been clicked by Arjun and Malaika for each other. It began with Malaika's "Happy Sunday" post, which is a black and white shot of hers cuddling up with furry friend on what looks like a lazy Sunday. "The photographer got skills, gurl," commented Arjun within minutes of the photo being posted and soon enough Malaika Arora tagged Arjun and wrote: "Yeah, exceptional skills." Meanwhile, Aww, aren't these two simply adorable?

Meanwhile, another conversation unfolded on Arjun Kapoor's Instagram. The 34-year-old actor Instagrammed a close-up shot of himself, already assigning photo credit to a mystic "she", and writing: "When she caught me smiling." Well, the photographer AKA Malaika confirmed her identity in the comments section with this ROFL response: "Very talented photographer I must say." The photo is from Arjun and Malaika's Melbourne diaries.

When she caught me smiling...

Arjun Kapoor and Malaika Arora made their relationship official with their Instagram PDA. Earlier in June, the couple were holidaying in the US when also they adorably fought over photo credits on Instagram.

They were recently in Australia together for the Indian Film Festival of Melbourne when Arjun made Malaika blush in front of a theatre full of spectators as he politely asked the show host to not flirt with his girlfriend.

On the work front, Arjun Kapoor has films such as Panipat and Sandeep Aur Pinky Faraar in the line-up.