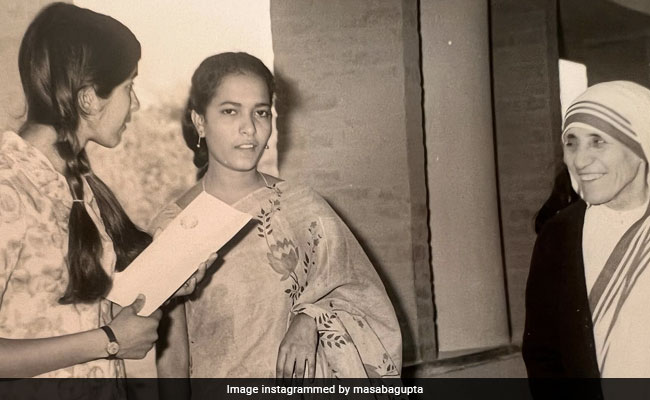 On mom Neena Gupta's 63rd birthday on Saturday, designer and actor Masaba Gupta handpicked throwback gems from her photo archives and shared them on Instagram. One of the pictures happens to be from the time Neena Gupta met Mother Teresa. Though Masaba did not reveal when or where the picture was taken. There are also a couple of other throwback pictures of Neena Gupta that Masaba posted on social media, along with the note: "I mean, find me a more powerful icon! THE GREATEST. Happy birthday mom."

She also starred in Amazon Prime Video's web-series Panchayat and Netflix's Masaba Masaba, in which she featured along with her daughter and designer Masaba Gupta. She will soon be seen in the second season of the Netflix series.