Masaba accompanied the photo of her parents with a hilarious caption 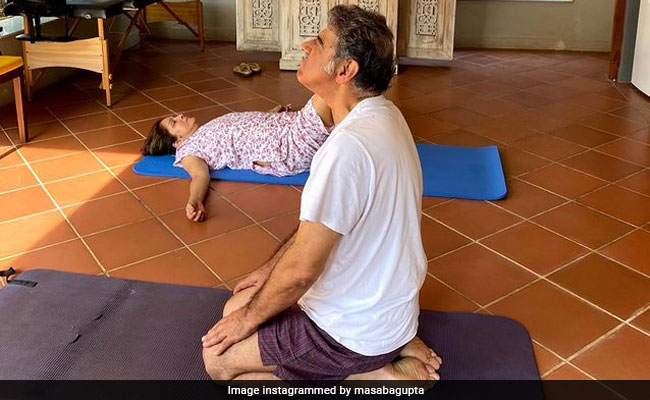 Fashion designer Masaba Gupta, on Friday, left her friends and fans in splits by posting a hilarious picture of her parents Neena Gupta and Vivek Mehra. In Masaba's latest post, Neena Gupta and Vivek Mehra can be seen doing what they call "yoga" - the actress is sleeping on a yoga mat while Vivek Mehra is sitting next to her on a separate mat. Masaba accompanied the photo with an ROFL caption: "I get so much shit from my parents for not doing enough traditional yoga but one seems to be sneezing & one is sleeping and that's ok!" She also added this hilarious hashtag for her parents - #youllarentevenstretching.

In case you don't follow Neena Gupta on social media, the actress often shares photos and videos of herself performing yoga. About a week ago, she resumed practicing yoga regularly. In an Instagram video, she shared that she wasn't able to keep up with her yoga routine due to her work commitments. Here's the clip we are talking about:

In terms of work, Neena Gupta was last seen in Dial 100. She has the second season of Masaba Masaba, 83 and Goodbye lined up.