Maidaan: Ajay Devgn Shares An Update About The Film 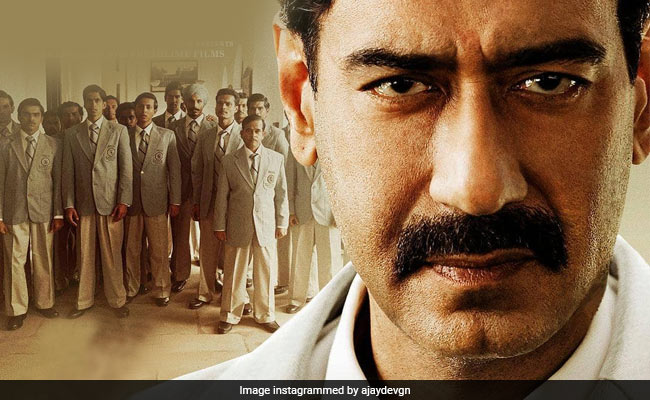 Ajay Devgn's sports drama Maidaan got a new release date (again). The actor, on Saturday, shared an update about the film and announced that Maidaan, which was earlier scheduled to open in theatres on August 13, 2021, will now be releasing on Dussehra 2021, i.e., October 15. In his post, Ajay Devgn also shared that the shooting schedule of the film will start in January next year. Sharing a new poster from the film, Ajay Devgn wrote: "Maidaan now releases worldwide in theatres on Dussehra 2021. Shoot commences January 2021." Directed by Amit Sharma and co-produced by Boney Kapoor and Zee Studios, Maidaan is inspired by the Indian national football team coach and manager Syed Abdul Rahim, who is regarded as the architect of Indian football.

Maidaan was initially supposed to release on November 27 this year. However, the makers changed the date to December 11 and then to August 13, 2021.

Ajay Devgn has previously announced release dates with new posters from the film. "2021 Independence week. An untold story that will make every Indian proud. August 13, mark the date," he captioned one of the posts while sharing another, he wrote: "Maidaan will now release on December 11, 2020."

#Maidaan will now release on 11.12.2020.@Priyamani6@raogajraj@boneykapoor@iAmitRSharma@freshlimefilms@saiwynQ@actorrudranil@writish@saregamaglobal@zeestudios_@zeestudiosint@BayViewProjOffl@MaidaanOfficialpic.twitter.com/SnQCNykOeu

Ajay Devgn shared the first look poster from the film earlier this year. Check it out here:

Here's brief information about Syed Abdul Rahim - he coached team India from 1950 to 1963. The Indian football team's era under his "successful" training is referred to as the "golden age." Mr Rahim died of cancer in 1963.