Mahanati: What You Should Know About Samantha Ruth Prabhu, Dulquer Salmaan And Keerthy Suresh's Film 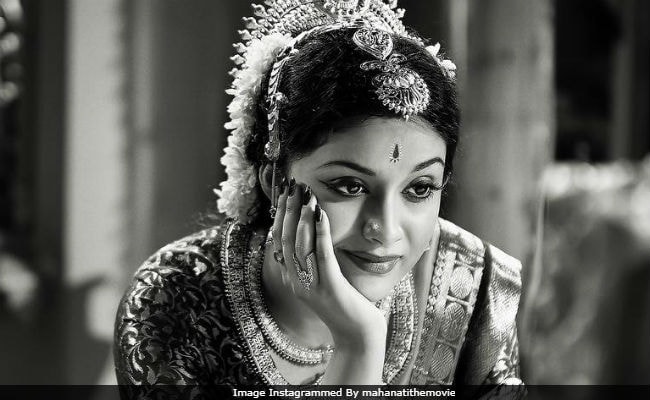 New Delhi: Mahanati, starring Keerthy Suresh, Samantha Ruth Prabhu and Dulquer Salmaan, is one of the most-anticipated releases of this year. The film is a biopic on legendary actress Savitri and will release in Tamil and Telugu, respectively. Keerthy Suresh plays Savitri in the film while Dulquer Salmaan stars as actor Gemini Ganesan (the late actress' husband). The Telugu version of the film releases on Wednesday (May 9) and the Tamil version, titled Nadigayar Tilagam, hits the screens on May 11. Meanwhile, Samantha Ruth Prabhu plays a journalist and the story-teller in the film. Savitri had started her acting career as a child artiste in dramas. She was a well-known actress of Tamil and Telugu cinema. She was Gemini Ganesan's second wife and they had two children. Savitri died at the age of 45 after being in coma for 19 months.

Keerthy Suresh and Dulquer Salmaan's looks from the film were shared recently. Take a look.

There was a lot of nostalgia recreating this look. Can't wait for you guys to experience the same! #MayabazaarInMahanati #Mahanati #RevisitNostalgia #MahanatiOnMay9th

Watch the official teaser of Mahanati.

Here are some facts about the film.

Mahanati is the first biopic on a woman actress in Telugu and Tamil cinema.

Keerthy Suresh used prosthetics to get Savitri's look for the latter part of the film.

Mahanati tracks the off screen life of the actors more than their onscreen life.

Promoted
Listen to the latest songs, only on JioSaavn.com
Recreating old time and the look of Savitri was a huge challenge for Keerthy Suresh. She had initially refused to do the film. "It sounded funny then. I wondered if something like this would even happen. That's when I said no and it took a few meeting with Nag Ashwin to convince me. The narration did the trick, but it made me more nervous. After I said yes, I started to wonder if I could really do it. I wanted to, but how would I?" Keerthy Suresh told Hindustan Times.