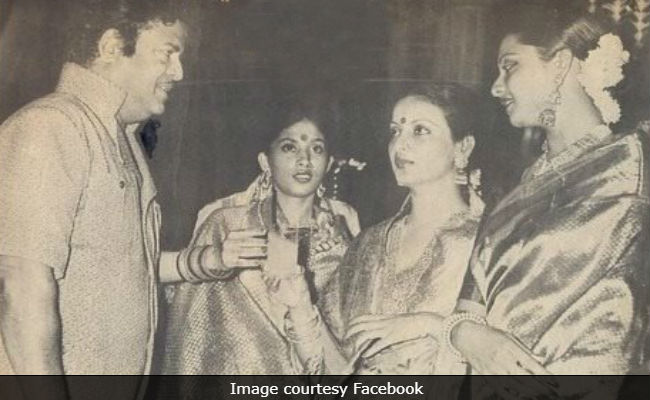 New Delhi: Seen Kaeerthy Suresh's Mahanati (biopic on actress Savitri) yet? The filmmakers released a deleted scene, which highlighted Savitri and her actor husband Gemini Ganesan's relationship with actress Pushpavalli and her daughters Rekha and Radha, whom Gemini Ganesan acknowledged as his own several years after their birth. Mahanati, directed by Nag Ashwin, chronicles iconic actress Savitri's rise and fall from stardom, revealing her relationship with Gemini Ganesan (played by Dulquer Salmaan) and his first wife Alamelu. However, the film glossed over Gemini Ganesan and Pushpavalli's affair, which is the subject of the now viral deleted scene from Mahanati. In the said scene, Savitri's daughter Vijaya insists that she comes to her school to tell her school-fellow Rekha that Gemini Ganesan is not her father, as she claimed. Savitri instead tells her Vijaya that Rekha's claim is not false and that theirs is a 'big family.' In the next scene, Savitri invites Pushpavalli, Rekha and Radha to their home and after an awkward interaction Gemini Ganesan can be seen playing with all his children.

In 2012, when Rekha appeared on Simi Garewal's talk show, she talked about her relationship with her 'absentee' father Gemini Ganesan and her 'Savitri amma'. She told Simi Garewal: "We have three mothers." She also said that Pushpavalli and Savitri were "very, very close." She said: "I necer really got to meet them so it was okay because I never really got to meet my father.

Mahanati released in May and has reportedly collected over Rs 500 crore worldwide.