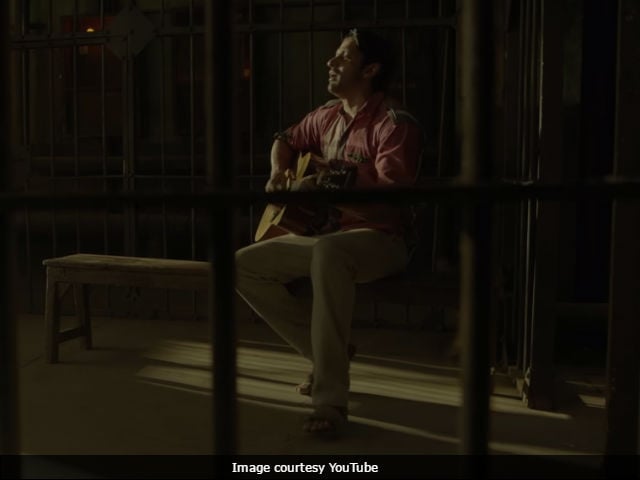 Lucknow Central: A still from the song Meer-E-Kaarwan

New Delhi: The second song of Farhan Akhtar's Lucknow Central has been unveiled by the makers of the film today. The song, titled Meer-E-Kaarwan, shows Kishan Mohan Girhotra (Farhan) strumming the guitar in the jail and reminiscing about his past. Kishan, a man who hails from Uttar Pradesh's Moradabad, aspires to be a successful singer but lands up in jail on charges of murder. The two-and-a-half minute song also features other jail inmates, played by Gippy Grewal, Deepak Dobriyal and Rajesh Sharma. The soulful song has been sung by Amit Mishra and Neeti Mohan. The lyrics of the song have been written by Adheesh Verma and the music has been composed by Rochak Kohli.


Lucknow Central is directed by Ranjit Tiwari and produced by Nikkhil Advani.

The trailer of Lucknow Central was unveiled by the makers of the film on July 27.

In an earlier statement, Diana Penty said that she agreed to be a part of Nikhil Advani's Lucknow Central instantly, reported news agency PTI.

"I have always wanted to be a part of stories that I feel strongly about and Lucknow Central is one such story. I instantly said yes to it when Nikhil Advani (producer) told me about it," the 31-year-old actress said in a statement, reported PTI.

"Playing a character that holds her own in a film that has some of the finest actors from our industry, makes it even more special for me," she added.

Lucknow Central is slated to release in theatres on September 15.