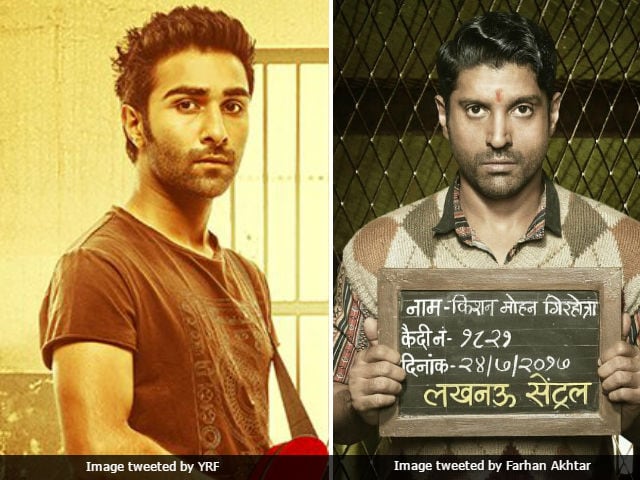 Aadar Jain in Qaidi Band and Farhan Akhtar in Lucknow Central. (Images by YRF and Farhan)

Mumbai: The similarity between Nikkhil Advani's Lucknow Central and Aditya Chopra's Qaidi Band is uncanny. First, Yash Raj Films released the trailer of their upcoming film, which is directed by Habib Faisal and stars newcomers Aadar Jain and Anya Singh, in which some undertrials who want to escape the prison band together to form an orchestra. When this trailer was released online some days ago, all hell broke loose at Nikkhil Advani's production office because their upcoming film, Lucknow Central, has a very similar theme. In no time at all, they released their own trailer, in which a jailed Farhan Akhtar forms a music band with his co-prisoners.


Talking about Lucknow Central, Nikkhil Advani told PTI, "It's a strong, emotional and dramatic film about jail escape. It is also about dreams and aspirations, innocence and guilt. There is a lot of hope and it will make one believe in the human spirit. Farhan has given a great performance in the film."

Aadar Jain, who plays the lead in Qaidi Band, spoke about his film to NDTV.com, "I didn't know what people do in jail. Habib Sir (Habib Faisal) gave us a lot of material to read, which was the research that he did about a lot of cases in jail. One thing he told me is that 'I don't want you to watch any movie because these characters are inspired by real events.' He had done all the work for us. We just followed his vision."

Both these prison escape films will release within a gap of just 20 days. YRF's Qaidi Band will hit the cinemas first, on August 25, and Nikkhil Advani's Lucknow Central directed by Ranjit Tiwari releases on September 15.

Promoted
Listen to the latest songs, only on JioSaavn.com
This is not the first time two films releasing in the same year have had similar themes. Sridevi's MOM, which released last month, was quite similar to Raveena Tandon's Maatr, which released in April. Last year, when Aamir Khan was making Dangal, Aditya Chopra's team was shooting with Salman Khan for Sultan. In both the films, the superstars were playing retired wrestlers. When word spread, Aamir Khan apparently called Aditya Chopra, who told him his film with Salman Khan is a love story, which was a relief for Aamir, whose Dangal was an out-an-out wrestling film based on a true story.

Eventually, it will be the audience who will decide which film to watch but Qaidi Band and Lucknow Central's similarities have put the exhibitors and distributors in a tough spot because eventually, they are the ones who will lose money.