Kiara and Sidharth are co-stars in Shershaah 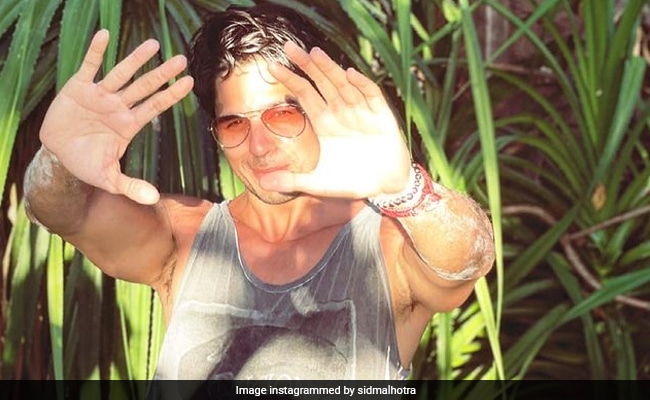 Several couples in Bollywood have kept us guessing about their relationship status. And even as we go along on the "will they, won't they" ride with them, we are always keeping our eyes open for the slightest hints. And this time around we noticed  Sidharth Malhotra and Kiara Advani engaging in a little bit of mushy banter over photo credit for the actor's latest picture. It all started when Sidharth shared a stunning photo of himself in the sun.  The actor-- who might we add, looked amazing as always -- wrote in the caption, "Chasing the sun." And while Sidharth was busy chasing the sun, Kiara Advani appeared to be chasing the photo credits for this amazing click. In an ever so subtle reply, she said, "Wow, the photographer is too good."

The comment set the ball rolling for Kiara and Sidharth fans to root for the couple, with several saying that this was a definite hint that the two are in a relationship. Several fans replied to Kiara's comment and one even said, "Please tell us it is you," followed by a heart emoji. Meanwhile, another fan described them to be "made for each other."

Some fans went further and tried to guess who the photographer was from the shadow that had fallen on Sidharth while the photo was being clicked.

The couple had previously travelled to the Maldives to ring in the new year giving rise to speculation about their relationship status. Take a look at some of the photos from the trip that Kiara shared.

On the work front, Kiara was last seen in Indoo Ki Jawani, opposite Aditya Seal, whereas Sidharth appeared in the music video Masakali 2.0.

Kiara made her debut in the 2014 film Fugly. She has since appeared in successful films such as MS Dhoni: The Untold Story and Kabir Singh. Sidharth Malhotra made his debut along with Alia Bhatt and Varun Dhawan in Student Of The Year. Kiara and Sidharth will be seen together in Shershaah, based on the life of Param Vir Chakra awardee and Kargil hero, Indian Army Captain Vikram Batra.